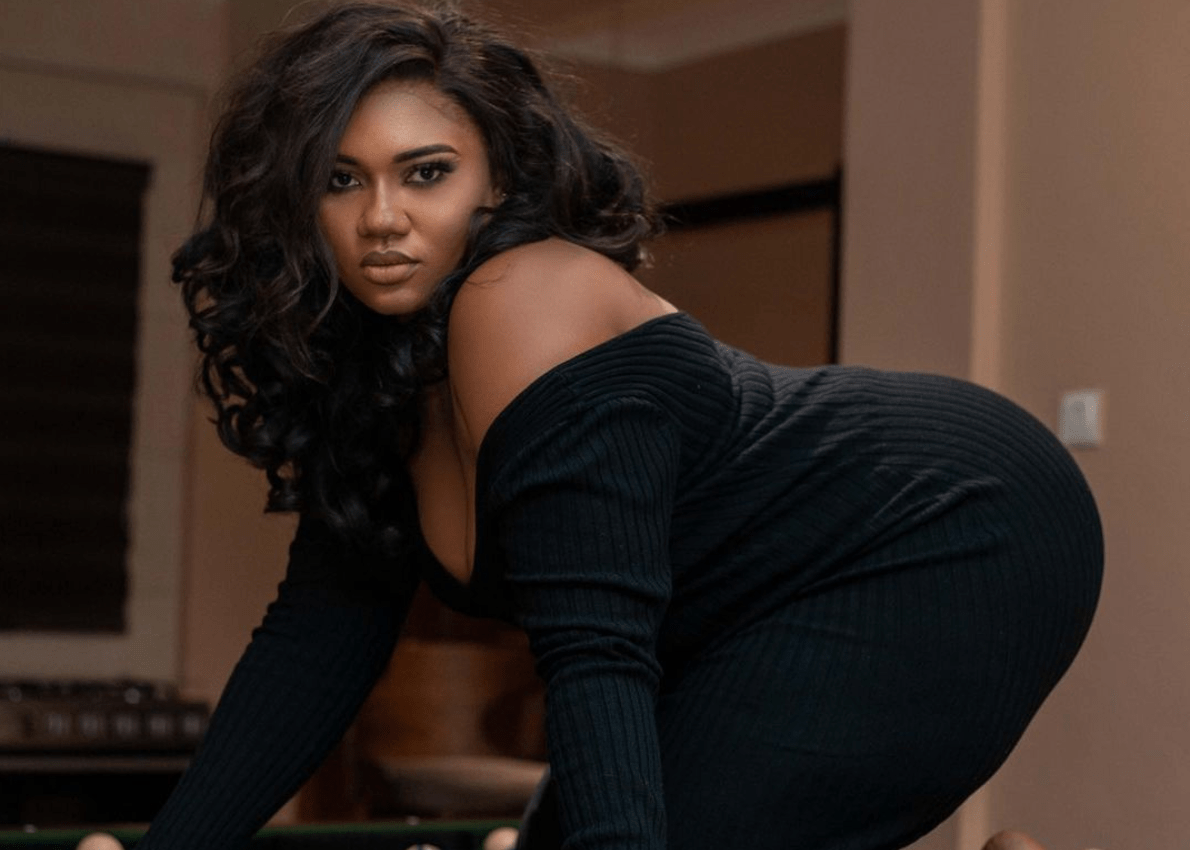 Ghanaian television presenter and socialite, Abena Korkor created a scene at a pub during a party somewhere in Accra.

Abena Korkor who always gets people’s attention whenever she appears in public had people turning their heads again after she stepped on the dance floor whilst music was being played.

The heavily endowed former TV3 presenter danced seductively whilst showing off her thick thighs dressed in a short dress and in she made some wild moves as she dances giving patrons at the lounge a free show.

Some guests who admired what she was doing sprayed money on her as she does her acrobatic moves.