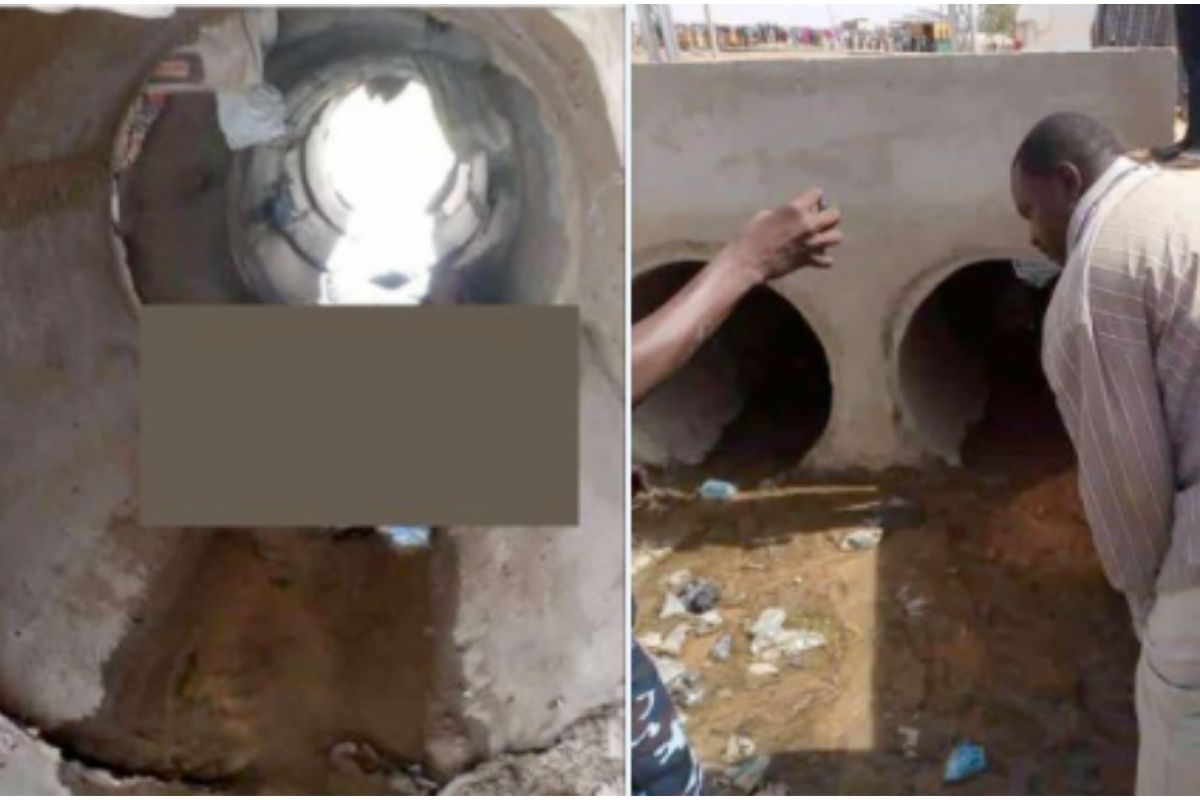 Seven days after kidnappers of Muhammed Kabir took N5 million ransom to secure his release, his remains has been discovered.

According to reports from DailyTrust, Kabir was said to be been abducted from his parents’ home in Badarawa suburb of Kaduna North Local Government area and was allegedly murdered by his abductors, one of whom is supposed to be his neighbor.

From the graphic photos displayed below, the remains of Muhammed Kabir was dumped in drainage in Kano after long search and conveyed to Kaduna for burial on Saturday, May 1.

A search party was launched to find the missing boy immediately he was declared missing. Days after the search yielded no results, the kidnappers contact his family demanding N50m and later reduced the whooping amount to N35m. The finally agreed to take N5m to free the little boy.

Kabir’s brother, Abdulrahman Kabir Magayaki said he was whisked away from their house to Zaria then to Kano State where his body was found after the ransom was paid.

“One of the suspects that took the boy away was our neighbour while the ex-military personnel was also a resident in the community. They took him to Zaria from there to Kano where his body was retrieved inside drainage after they collected 5 million naira ransom,” he said.

According to Abdulrahman, Kabir was laid to rest following the Islamic rites after the body arrived in Kaduna on Saturday, May 1.

Meanwhile, a resident who failed to disclose his identity said that Kabir must have been killed because he identified his abductors since they all live in the same neighbourhood.

The Spokesperson of the Kaduna State Police Command, ASP Mohammed Jalige confirmed the arrest saying three suspects including his neighbour have been arrested relating to the crime.

According to ASP Jalige, the suspects admitted to the crime however, he noted that until thorough investigations are concluded, he cannot talk on the military background of one of the suspects.