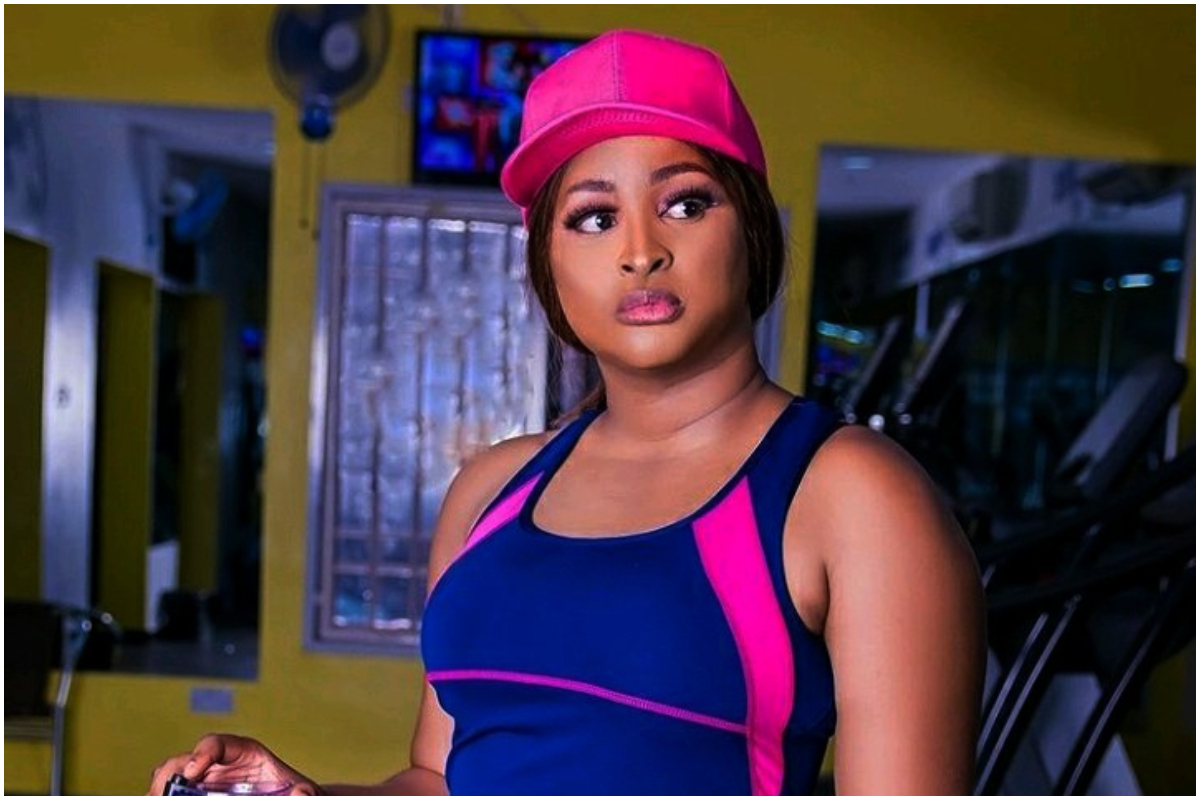 It would be recalled that about a year ago, actress Etinosa Idemudia caused a stir on social media when she came live on Instagram while smoking. She was seen using the holy bible as an ashtray during her live video. Etinosa Idemudia shared her views on some Bible passages and said that Proverbs 22vs6 is a scam.

Her video caused a lot of reactions and also made a lot of people condemn her actions. But it appeared the actress was never perturbed about her actions. Exactly a year after she was seen smoking with the bible, her marriage was reportedly collapsed.

Following the collapse of Etinosa’s marriage, actor Uche has asserted that the marriage of Etinosa crushed because she disrespected the holy bible by smoking with it. Uche has taken to his page to say that anyone who disrespects the holy bible and smokes with it will never smell marriage.

In a post sighted on Uche’s page, he captioned it, “Dear Etinosa, abeg if u wan smell marriage wey go last, go do 10 days #prayer to pursue all the spiritual #husbands the gods for your village dash u spiritually. Listen to this prophecy, JORO no be your wahala, when u chop belleful go nude for mc galaxy #instagram your village gods dey laugh especially when u blame the Fulani herdsmen behavior on alcohol but using the holy bible for an ashtray? #marriage #pics #nollywood #videos #share #lagos“.

Also in Newzandar News: Wizkid Flaunts Millions Of Naira And $100 Notes As He Gets New Tattoo