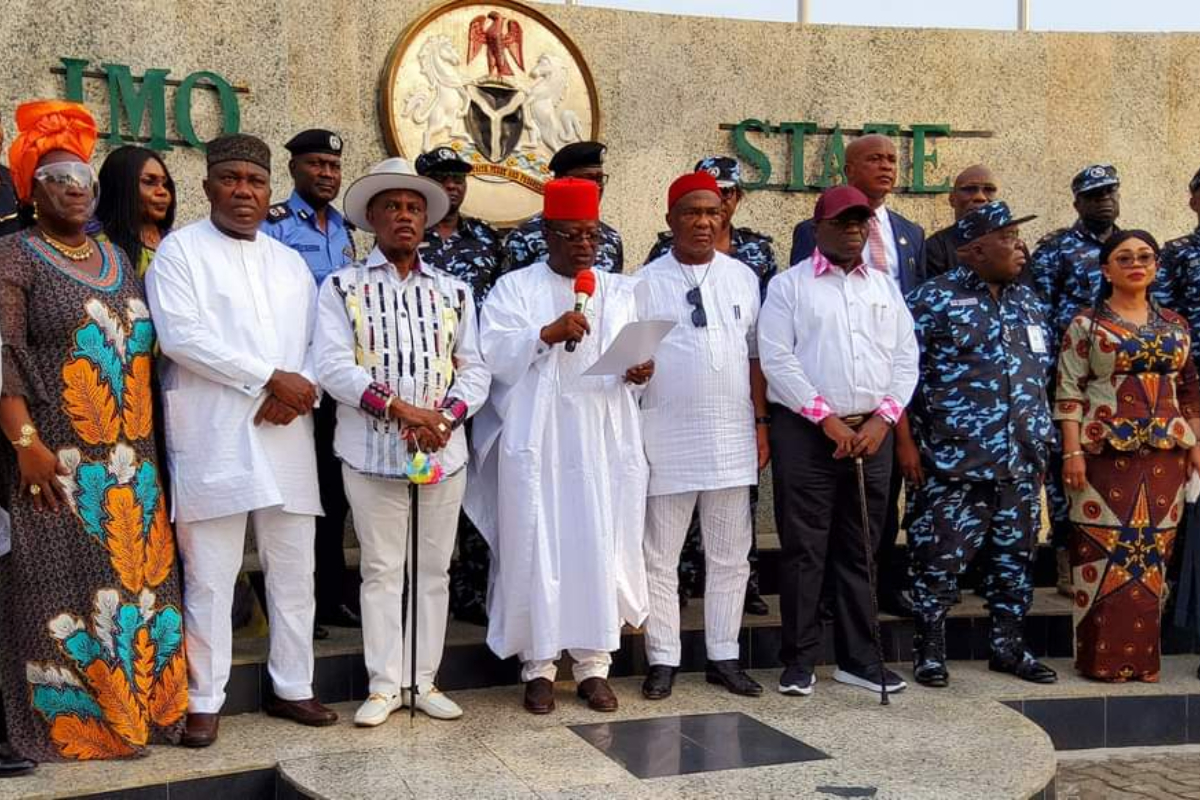 The Coalition of Northern Groups, CNG, has lauded the declaration by 17 Southern governors in Asaba, Delta State on issues that long fought with the country.

The spokesman of the group, Abdul-Azeez Suleiman, released a statement about the decision taken by the governors as it said it has exposed the long years of leadership failure in the North.

The statement read, “The Asaba meeting has exposed the extent of the bankruptcy of northern governors who have not, for once, met to take concrete steps to anticipate and checkmate the manoeuvres of the South, particularly with the creation of such armed outfits as the Amotekun, Eastern Security Network and recently the Ebubeagu which are now the tools used to intimidate northerners in the South and to challenge the Nigerian State.

“It also exposed the total failure of the northern governors in the vital area of speaking up for the rights of northerners to be protected from illegal harassment where they earn their living; their rights to places of worship, and their rights to full protection when they live as minorities among other communities in Nigeria.”

“The southern governors typically neglected to acknowledge that just as development and population growth has put pressure on available land and increased the prospects of conflict between migrating herders and local populations, so also has the mass movement of millions of people from the South into the vast interior of the North and the permanent nature of this movement. “Disappointingly, the southern governors cowed from hitting the nail directly on the head by not holding the total failure of the All Progressives Congress administration of Muhammadu Buhari and Yemi Osinbajo responsible for the current national woes, rather than singling out a particular ethnic group for attack and irreverent treatment.”