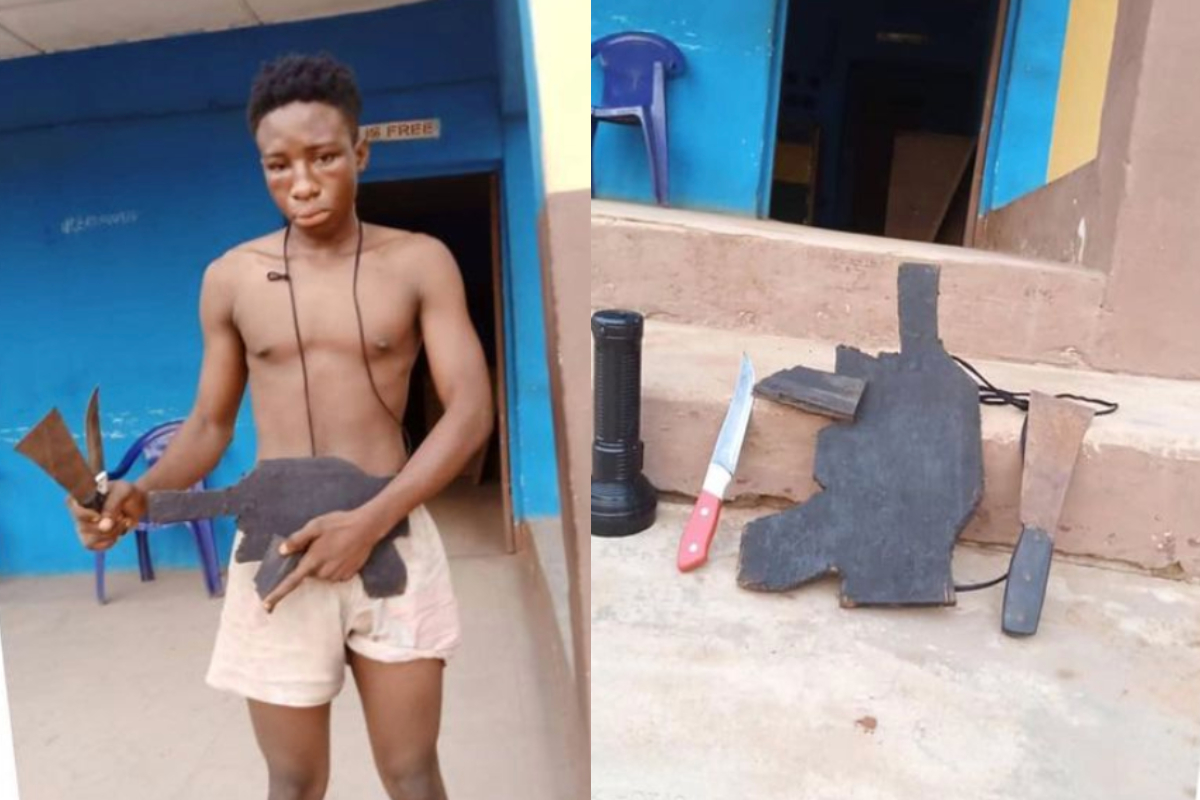 This boy is known as Emmanuel Peace and he has allegedly specialized in dispossessing his victims of their valuable assets including money with a dummy gun.

He was nabbed on Sunda, June 13, 2021, by men attached to the Okpanam Police Division after they received a distressed call that an armed robber has entered into the house of the distressed caller forcing victims that do not have cash to transfer money to his account.

Also in Newzandar News: ‘Your Mind Is Like A Radio. If You Don’t Like What You Are Thinking, Just Change The Station’ – Reno Omokri

This was confirmed by the spokesperson of the police command, DSP Bright Edafe in a recent statement and the statement indicated that when the police got to the scene, the police arrested the suspect with a wooden dummy gun.

“The suspect had already successfully forced an aged couple to transfer the sum of N600,000 to an account number owned by one Anwanga Abasi Nathaniel Udo. Other exhibit recovered from the suspect includes two knives and one torchlight.”