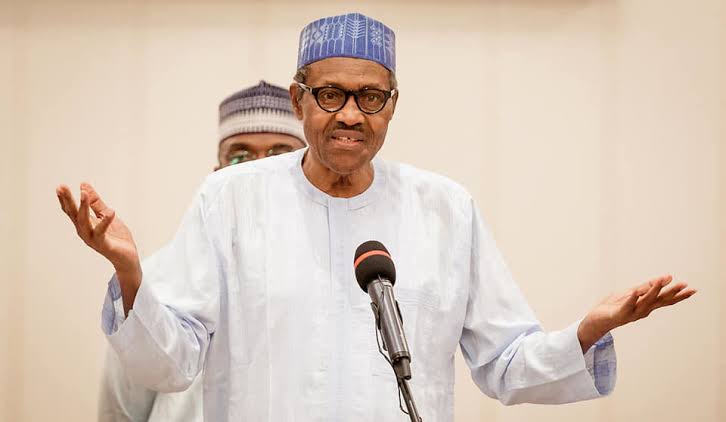 I.J. Onuigbo, a US Army veteran, has labeled President Muhammadu Buhari as a terrorist who does not deserve to rule Nigeria.

Buhari, according to Onuigbo, despises the Igbo people. Her reply follows the Nigerian government’s recent re-arrest and extradition of Nnamdi Kanu, the leader of the Indigenous People of Biafra.

Onuigbo stated confidently that Buhari is the “true terrorist,” who “turns a blind eye to the operations of Boko Haram terrorists and Fulani herdsmen while employing force against those battling against Igbo tyranny.”

She noted that Buhari hates Igbo people passionately and has refused to learn from leaders of advanced countries where he goes for his medical trip.

“Buhari, why haven’t you caught the terrorists in your backyard? Boko Haram, Fulani herdsmen rampaging and killing people incessantly in Nigeria but you left them and went overseas to catch a terrorist, someone you think is a terrorist because he is Igbo.

“Every other tribe can be terrorists but not an Igbo person, you hate Igbo people. Buhari, you have no business being a president because you are a terrorist!

“You are terrorising Igbo people, you are a terror to the Igbo people. Igbos tiptoe around Nigeria, they don’t walk around in confidence, in peace because they are afraid of what Buhari might do, because the only time you act like you are a president is when something has to do with an Igbo person. You hate Igbo people. When you carry such hate in your heart, you cannot be a leader, talk more of being a president.

“I am calling on Nigerians to wake up and speak against this wickedness from Buhari against Ndigbo. It is not right. In our own land, we cannot be free, we cannot be relaxed because Buhari is president, because he hates the Igbo people.

“My anger is not that he caught Nnamdi Kanu, someone he thinks is a terrorist, my anger is not that he caught him. My anger is that Boko Haram, Fulani herdsmen have been operating in his back yard, he will turn a blind eye when Boko Haram and Fulani herdsmen kill hundreds and thousands of people in his backyard, we won’t hear Buhari’s voice, you won’t even know that Nigeria has a president.

“But Nnamdi Kanu lives abroad, Buhari implemented a coordinated effort to creatively catch him, someone not in Nigeria. Why has Buhari not put in the same effort to catch Boko Haram and herdsmen killing people all over Nigeria and they live in his backyard?

“What Buhari does, he offers Boko Haram terrorist amnesty, rehabilitation. He will say they need amnesty and rehabilitation, they will give them money and put them into Nigerian Army where they continue to kill and torture people.

“Nnamdi has been fighting to separate from Nigeria because Nigerian constitution, system oppresses the Igbo people on top of the fact that Buhari himself as an individual carries a lot of hate for the Igbo people, on top of an oppressive Constitution against the Ndigbo.

”Buhari as an individual has a special hate for Ndigbo, and then he becomes the President, that’s double jeopardy and then you can now see that special hate he has for Ndigbo by what just happened.

“He leaves all the local terrorists, Boko Haram, Fulani herdsmen, bandits killing people every day, causing unrest and insecurity in Nigeria, he will turn a blind eye but Kanu that lives in London, Buhari spent his energy to go and catch Nnamdi Kanu, what is the difference? Because Nnamdi Kanu is Igbo but Boko Haram and Fulani herdsmen are his kinsmen, he leaves them to be massacring Nigerian people, causing fear and unrest but he will go overseas, pass seven oceans and desert to go and catch an Igbo man fighting for freedom for his people.

“Buhari, you get sick, you go to other Western countries to get medical help, you see how good they operate but you will not learn from them. You just have that stone-age, uncivilised spirit in you and carry it around and come back to Nigeria and keep oppressing Ndigbo. Ndigbo may be defenceless, you may think that you can do whatever you like, but there is a stronger power.”