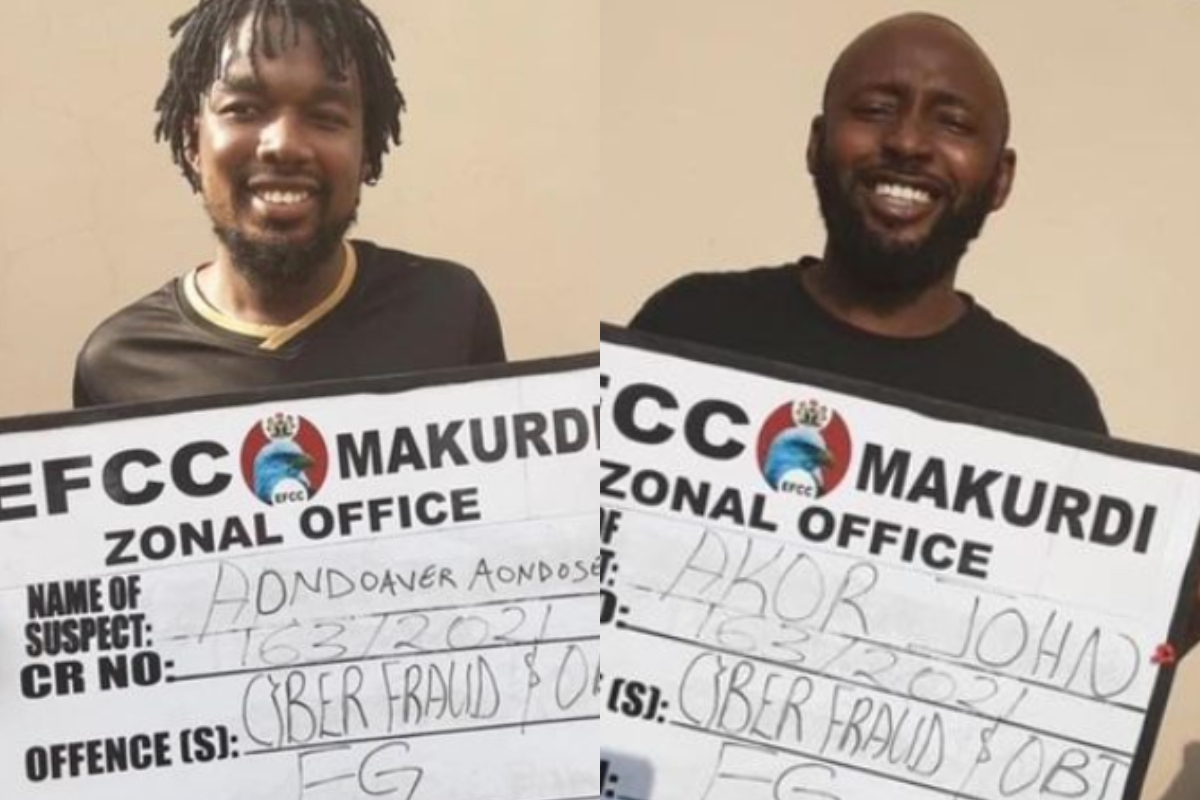 In a post made by the popular Nigerian blog, Instablog9ja, two young Nigerian yahoo boys were arrested.

These two individuals were arrested by the Economic and Financial Crimes Commission( EFCC) and dragged to court on Thursday, July 8, 2021.

The two individuals are known as John Padre Akor and Aondoaver Aondoseer, and they were brought before Justice Abdu Dogo of the Federal High Court during a sitting in Makurdi, Benue State.

They were dragged to court on one-count separate charge bordering on criminal impersonation and obtaining money from foreign nationals under false pretence.

“That you, John Padre Akor Nigerian, male, adult, on or about September 22, 2020, in Makurdi, Benue State within the jurisdiction of this Honourable Court, with intent to defraud one, John Smith of the United States of America, obtained control over a card as security for a debt and thereby committed an offence contrary to and punishable under Section 33(5) of the Cybercrime (Prohibition, Prevention, etc.) Act, 2015.”

After the charges were read, they pleaded guilty and were sentenced accordingly. One thing that got people talking was their cheerful faces after they were given the sentence.

Read what social media users are saying after seeing the photos;

mrcart3r9 – When ur btc is safely stored and out of reach😂

iyalojadirect – Why won’t they be cheerful? Didnt you see the small fines instead of imprisonment?? 😂😂

hardeyhemy_ – What’s the essence of squeezing face.. you squeeze or not, you will be punish

official_bossz1 – That means federal govt don get iPhone for sale……..

amaka_paloma – Lol why do they always smile while posing with the placard? 😂

fairnikky – Were Dey forced to laugh?or they accepted it with their full chest?😂

onyekachi660 – They will pay the fine. That’s why they are smiling