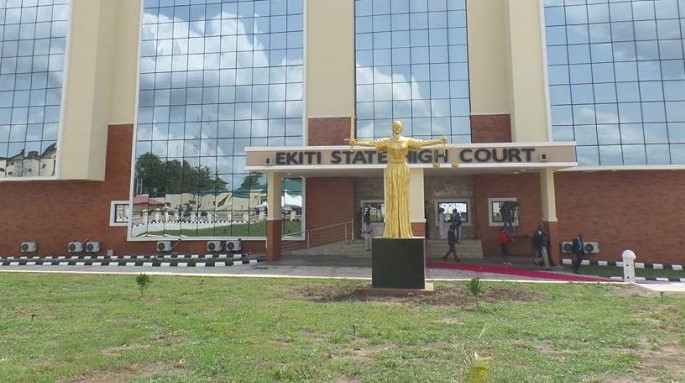 A High Court in Ado Ekiti has sentenced a 22-year-old man, Kehinde Olajide, to death by hanging for armed robbery.

Justice Lekan Ogunmoye delivered the judgement on Thursday, June 17, 2021, according to Newzandar News.

Kehinde was sentenced for involvement in armed robberies, which is contrary to sections 6(b), 3(1), and 1(b)(a) of robbery and firearms (Special provision) Act, Cap.R11, Laws of the Federation of Nigeria, 2004.

The judge however, dismissed the charges against Messrs Azeez, Lateef, and Basiru.

During the hearing, the prosecution was able to prove that Kehinde was in possession of dangerous weapons and had robbed, Dayo Folorunsho, Saka Yusuf, Adeoye Oluwatosin, Adeola Oluwatobi, Olayemi Aremu, Hambali Ojo, and Ayodele Oluwafemi, of their belongings in Ado Ekiti.

It added that the convict and others had stolen mobile phones, Lexus E5 350, recharge cards, Bajaj motorcycle, wristwatches, ZDX Acura, and N205,500 cash.

While proving its case, the prosecution counsel, H. A. Adeyemi, also called on five witnesses and tendered exhibits including locally made pistols, two live cartridges, a black mask, and statements of the accused.