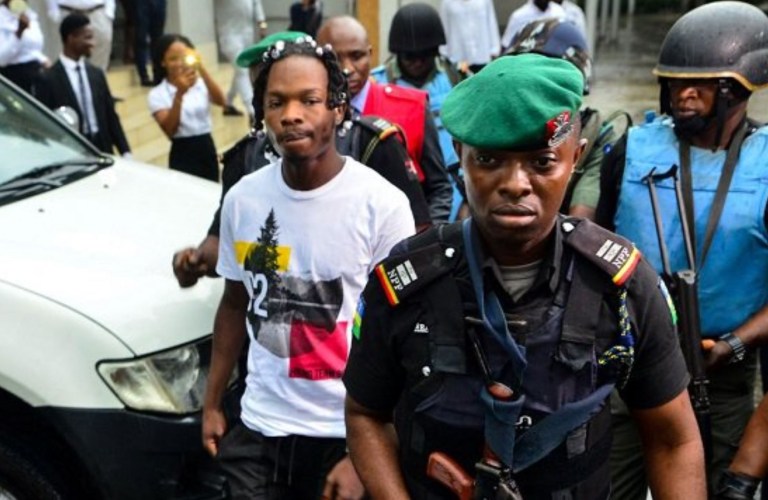 It could be recalled that Naira Marley was facing an 11-count charge bordering on conspiracy, possession of counterfeit cards and fraud in 2019.

READ ALSO: Naira Marley Reacts As He Tops The List Of People That Will Not Make Heaven

The EFCC’s second witness who is in the person of Mr Anosike Augustine and a mobile forensic expert with the Economic and Financial Crimes Commission (EFCC), recounted how he analysed the contents of an iPhone 11 allegedly retrieved from Naira Marley during the investigation.

In his submission, he revealed to Justice Nicholas Oweibo of the Federal High Court in Lagos that he produced a report of his findings after extracting and analyzing the evidence recovered from the musician’s phone.

When EFCC moved to present the 30-page report, Naira Marley’s counsel and Senior Advocate of Nigeria, Olalekan Ojo objected to the tendering of the document insisting that it was not part of the documents front-loaded to the defence team and he was unaware of its contents.

READ ALSO: Former Paris Saint Germain Superstar Who Has Been In Coma Since 1982 Turns 73

The prosecution lawyer, Bilkisu Buhari, said the subject was set for cross-examination of the second prosecution witness (PW2) Anosike at the reopened trial.

Akinwale Kola-Taiwo, attorney for the defendants, objected and requested a postponement from the court.

Justice Oweibo approved the defense’s request and rescheduled the case for October 5, 6, and 7, 2021.