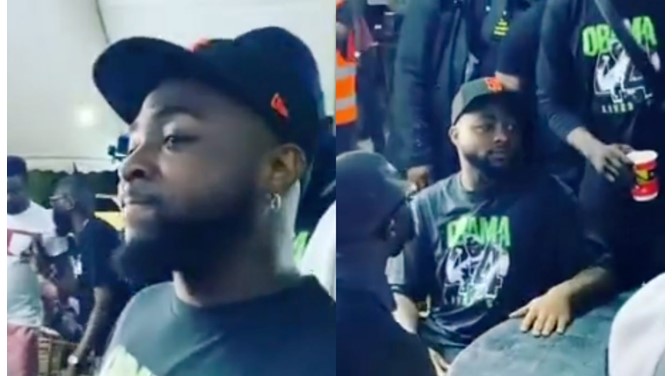 Nigerian singer, Davido has been spotted with some members of his 30 Billion Gang as they hold candlelight service in honour of late Obama DMW.

Davido wore a branded T-Shirt which has the inscription ’44’ which happens to be Obama’s nickname written on it.

Recall that Obama whose real name is Habeen Uthman died last week of suspected heart failure after being admitted at a hospital. Although the occasion was a solemn occasion, some fans of Davido couldn’t help but hail after seeing it in person probably for the first time.