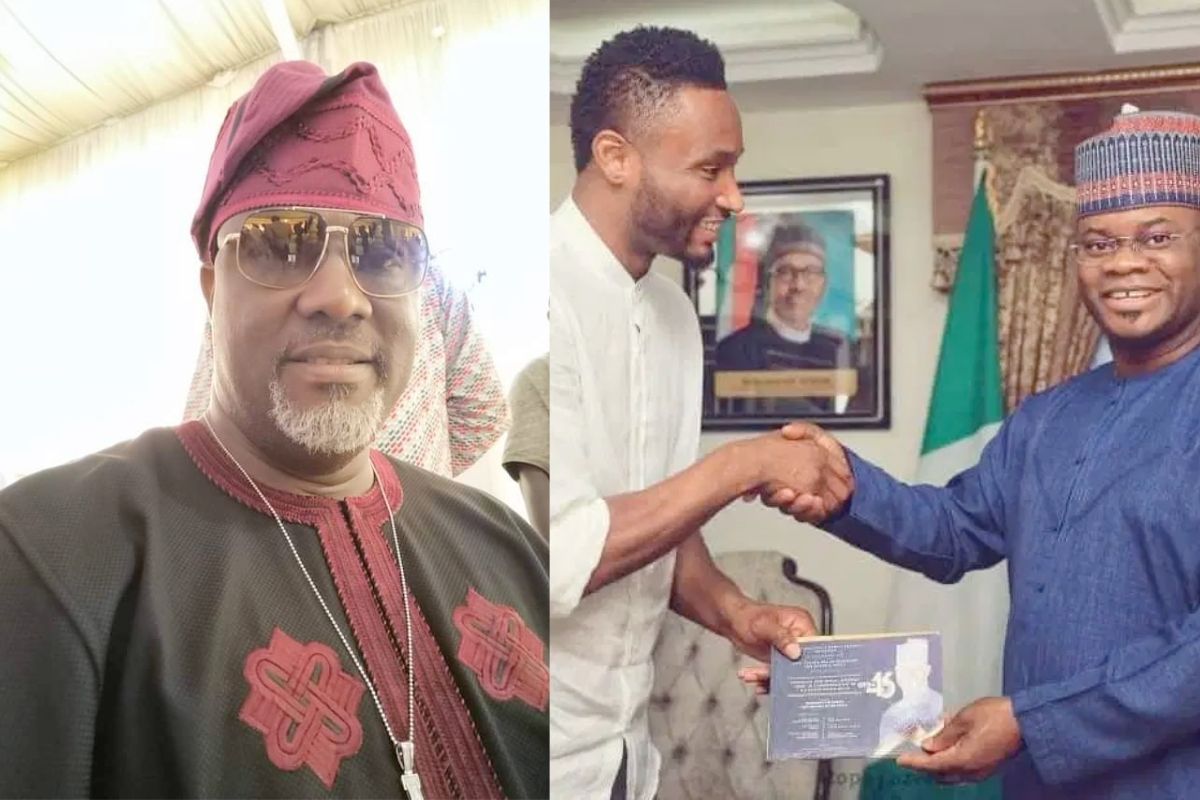 Senator Dino Melaye, who represented the Kogi West Senatorial District in the 8th National Assembly, has criticized the State Governor, Yahaya Bello, for bringing celebrities to Kogi, in contrast to his rivals, who invite notable individuals for project commissioning.

Following that, Super Eagles forward Kelechi Iheanacho paid a visit to the governor in Lokoja, the state capital.

Dino Melaye, in response, advised the Governor to follow in the footsteps of his counterparts in other states, who often invite the president, governors, and other famous individuals to commission projects that they have completed.

“Oh My State! Oh My Kogi! When other Governors are inviting President, V P, Governors and Eminent personalities to commission projects.

“Yahaya Bello is inviting celebrities and jekinje individuals to endorse him and party. I remain his only capital project in Kogi State. SDM”.

Meanwhile, Nigerian billionaire businessman and former senator for Kogi West District, Dino Melaye has revealed plans to take legal action against the car dealer who called him out on social media to make unfounded allegations against him.

The said car dealer known as Unique Motors alleged that Dino Melaye is owing him as he had an outstanding balance to settle but he had not made that payment and all efforts to reach him have proved futile.

Reacting to this, Dino Melaye took to his Instagram page remarked that the car dealer has dialed troubled and threatened to sue Unique motors and use him as the scape goat to serve as an example to all those using his name to promote their obscure businesses.

”No be only unique motor ! If l am really owing you, you know what to do. Abi na social media you sell the imaginary car? All of una wey dey use my name promote your obscure Buisness…God know una address ooo. But for this unique nonsense my lawyers go reach you. You dial trouble.”