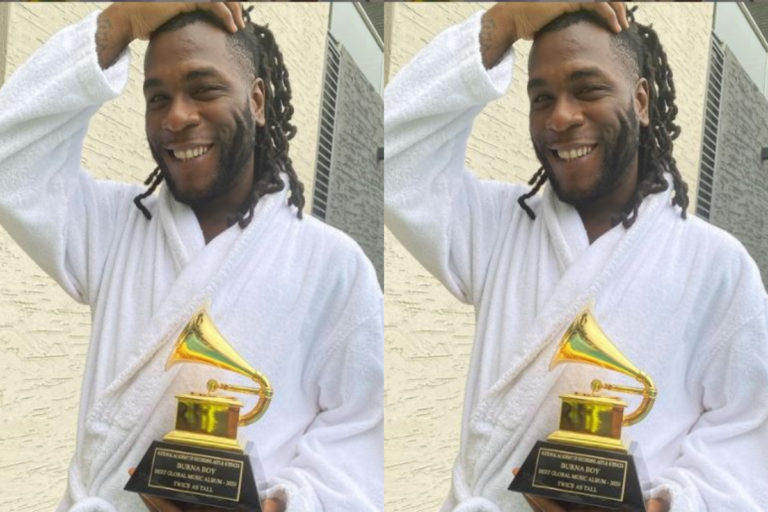 In 2020, Burna Boy was nominated by the organizers of the Grammy Awards event and won the award with his popular album “Twice As Tall”. The award he won was one of the important achievements that the artist has been waiting for.

The Grammy organizers awarded Burna Boy as the best album of the Year with his music album titled “Twice as Tall”. Burna Boy’s victory shook everyone in Nigeria and also outside Nigeria. It was an award for the country because he is the first male artist to win the Grammy.

Burna Boy received his Grammy yesterday, June 10th and he took to his page to pose with the award and announced how happy he is. He captioned his post…

“Early Morning deliveries from across the pond! 😪
My parents prayed for excellent children, not houses, cars or “things”. They asked my sisters for stellar degrees; one got a first class in Finance, the other got a Distinction in Engineering. They asked me for a Grammy, and here we are. I am a product of sacrifice! Thank God and thank you all again! ❤️”.

Also in Newzandar News: I Would Have Been There For You – James Brown To Bobrisky

Some social media users including celebrities have reacted to the post of Burna Boy….

@thecuteabiola: MAke I come touch am 😢