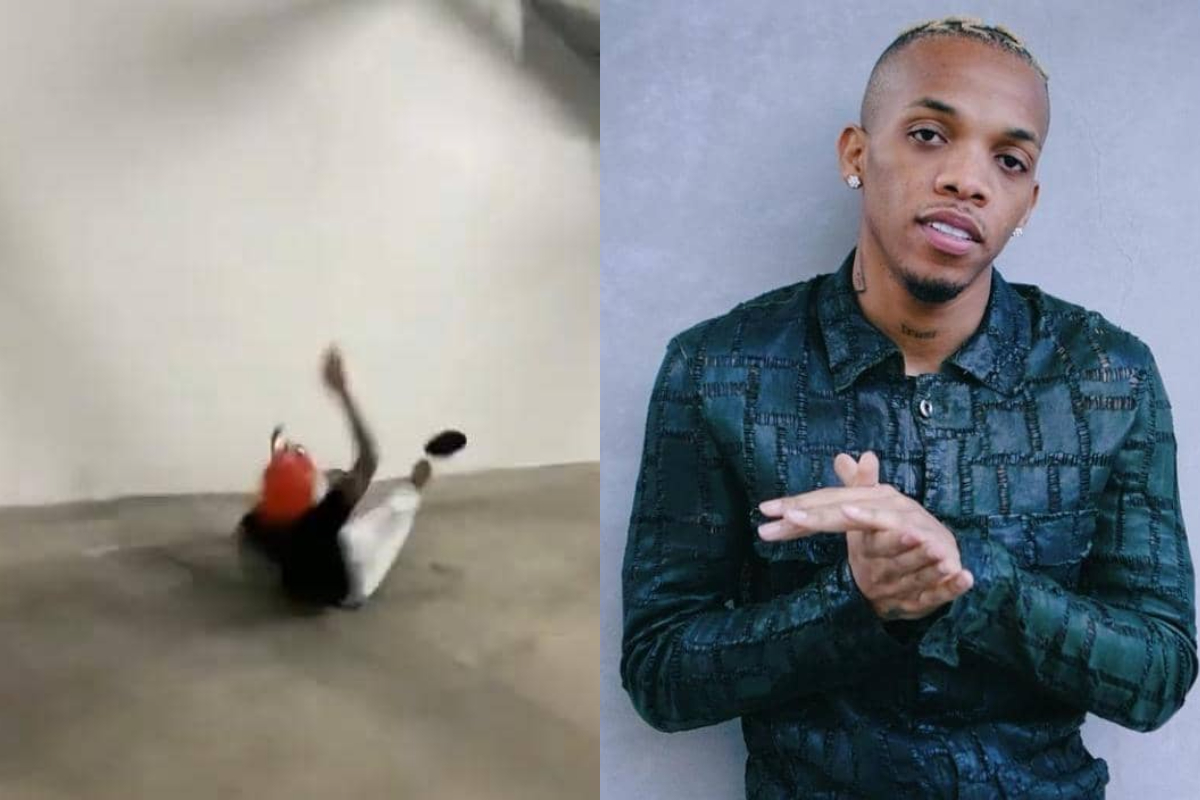 Singer and songwriter Tekno has warned that no one should try skating at home and try to twerk as well after he landed on the floor while trying to show off.

Tekno shared a video saying it’s his first time skating but then warned that no one should try what he did after he landed on the floor while trying to show off by trying to twerk while skating and he has been mocked.

Fans and other celebrities reacting to his post were only laughing with some rhetorically asking him whether he fell on the floor when it was evident that he landed on the floor while trying to twerk as well.

READ ALSO; Nkechi Blessing And Anita Joseph Claims Lack Of Organism Is Why People Are Bitter

As a learner, Tekno was supposed to just focus on going and how to stop but then wanted to show off by trying to twerk or dance while skating, and that unfortunately landed him on the floor but he was quick to end the video on that.

He then advised that no one should ever try that at home because you wouldn’t know how it will result looking at how it ended for him and even though the video didn’t show, based on how he fell down, you would know that he is hurt somehow.