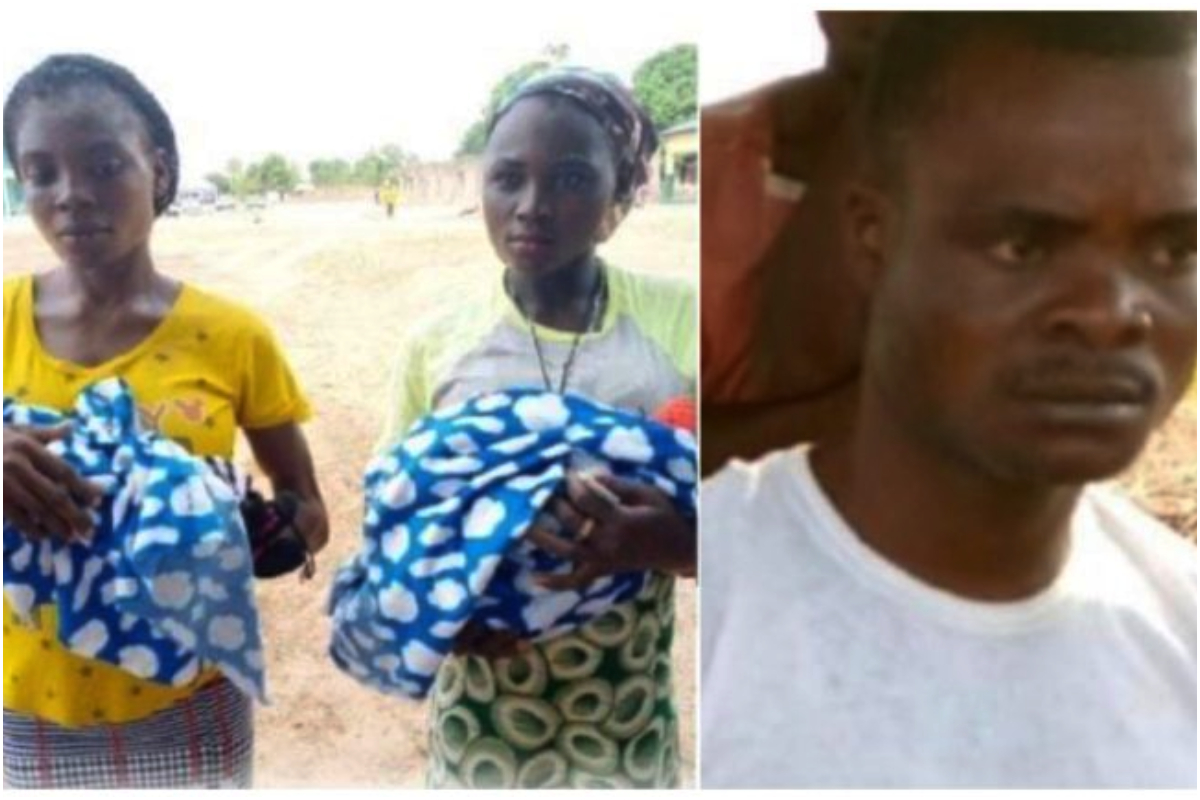 A dramatic scene has occurred as a Nigerian man is said to have welcomed babies with his girlfriend’s twin daughters.

According to the mother of the twins who is yet to recover from the shock, she disclosed how she trusted his boyfriend and never anticipated he could betray her. Narrating her story, she said…

“My name is Alice Ukange. I am a widow. I lost my husband here in Awe during the herdsmen farmer crisis some years back. I met one Augustine Angwe in the course of my business. One thing led to another and we started dating ourselves.”

“He appeared to be gentle, humble, and kind. I was carried away and I allowed my twins to be close to him. He took me and planted evil in my house by impregnating them. They have now given birth and I allowed it because their father warned them not to do abortion and that they would die if they did.”

Screaming in a tearful voice, she continued: Augustine has finished me. He slept with me, slept with my twins, and impregnated them, and they have given birth for him. I am confused and have informed one of my late husband’s relatives and he too is speechless”.

“Going to the police would not solve the problem as the damage has been done already. There is nothing the police can do, more so that Augustine is ever ready to take care of them. But the big question remains how a man would marry twin sisters”, she quizzed.