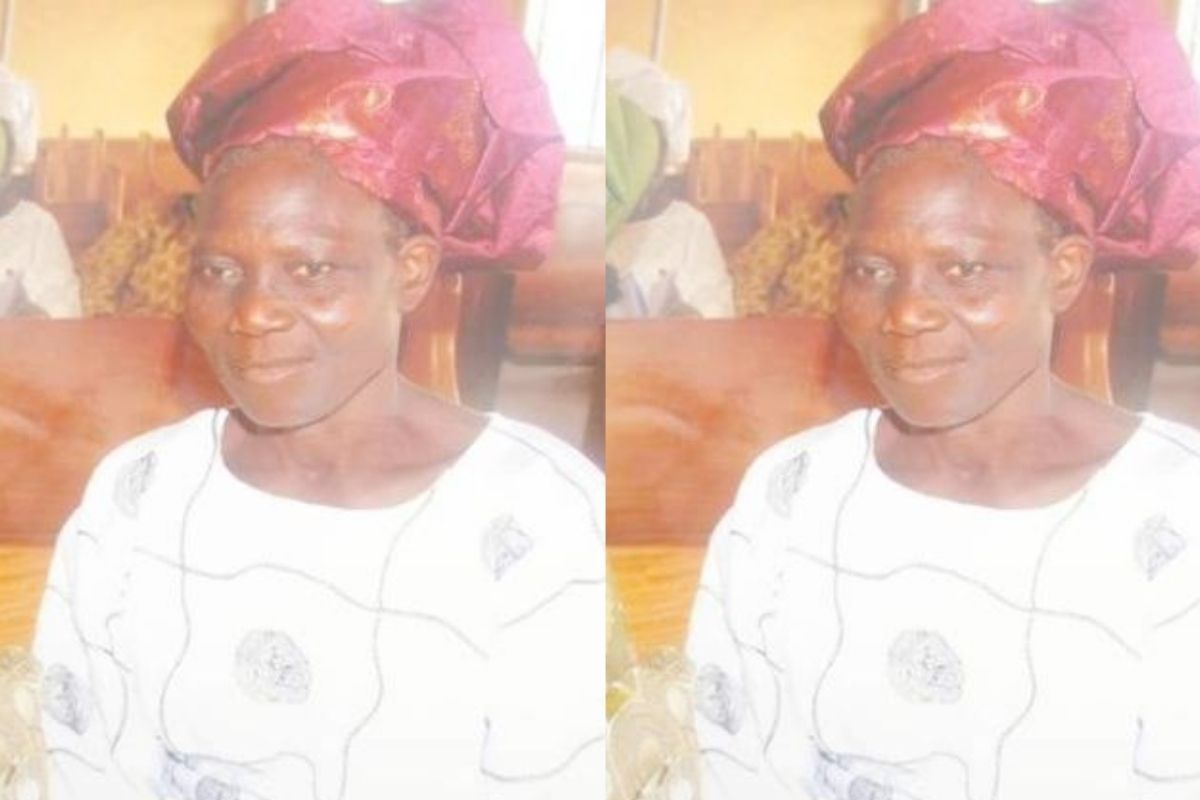 Folasade Mokereola Gbadebo, an elderly woman, has been missing since Saturday, July 3, while on her way to a clinic.

According to a family member who spoke with SaharaReporters, the Folasade left her home on Abanise Street in Moniya, Ibadan, Oyo State on the date in question, went to the clinic, and she hasn’t returned.

READ ALSO: Oyedepo Explains Why He Told His Pastors God Would Kill Them

He said, “She left home last Saturday and yet to be found. Please we would appreciate your help.

”An Elderly woman, Mrs Folasade Mokereola Gbadebo popularly called ‘Mama  Gbadebo’ left her house at Abanise street in Moniya (Ibadan) on Saturday, July 3rd, 2021 on her way to the Clinic.

”She’s about 4 feet tall, slim, dark in completion with Oyo tribal mark. She wore a black top on a black shirt and a red scarf.

Agba made this disclosure in a statement made available to newsmen on Monday. He stated that the extent of the situation made him disclose it to the public.

“I’m bringing this issue up following credible information at my disposal that governor Ayade and some persons in his government are planning to ‘kill Agba Jalingo.’ Yes, I say that because the situation now warrants that I say it openly.

“Having been frustrated in their many attempts to ruin me using the police and the court system, information available to me now is alarming and calls for this public notice,” he said.