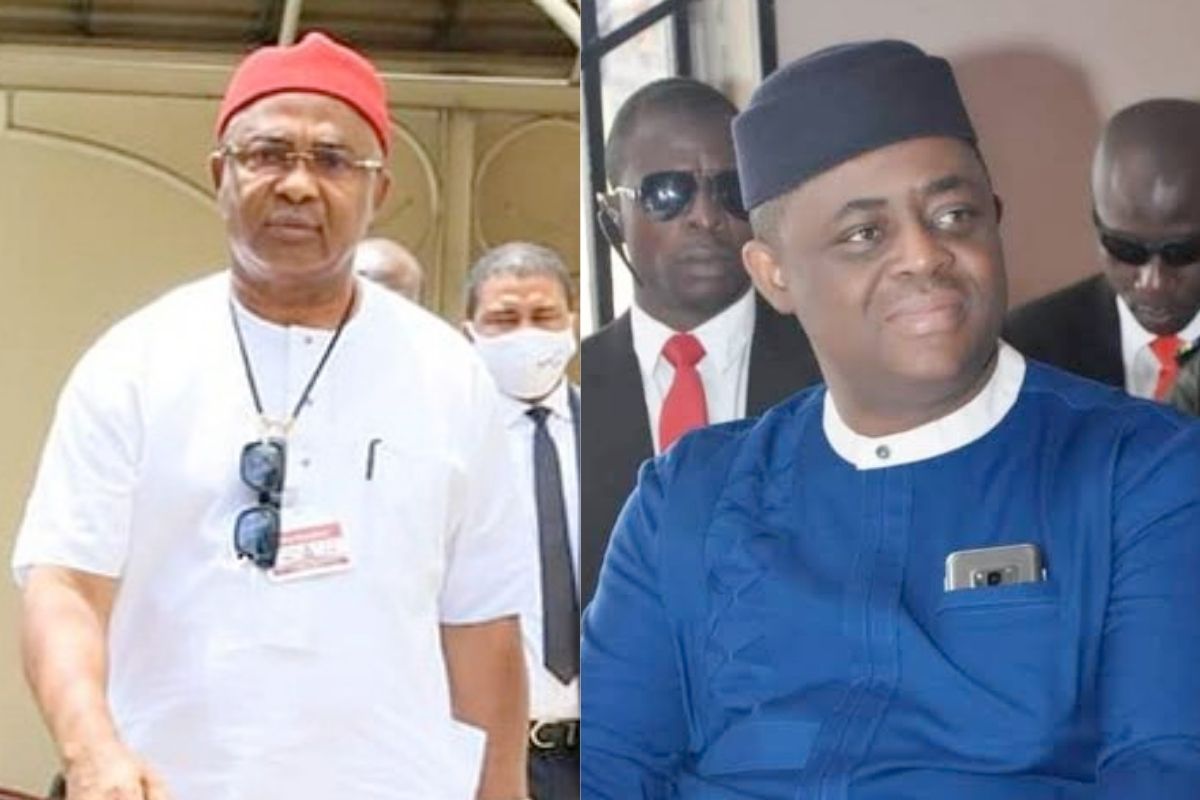 Governor Hope Uzodinma has said that Femi Fani-Kayode is finding ways to benefit from the murder of former Presidential aide, Ahmed Gulak.

Recall that Ahmed Gulak was murdered in Owerri, the Imo State Capital on Sunday, May 30. In reaction, the former Minister of Aviation, share a number of tweets demanding answers to the many questions surrounding the death of Gulak from Governor Hope. READ HERE

Reacting to the many questions asked by the former aviation minister, Uzodinma in a statement released by his Chief Press Secretary, Oguwike Nwachuku, said that the way and manner FFK jumped into the story of Gulak’s murder, showed he was all about ‘making capital from it.’

The statement in part reads

“From the look of things, it seems former Aviation Minister, Chief Femi Fani-Kayode wants to make capital of the unfortunate gruesome murder of former Political Adviser to former President Goodluck Jonathan, Alhaji Ahmed Gulak in Imo State weekend. Gulak was killed on Sunday morning around Ngor Okpala on his way to the Sam Mbakwe International Cargo airport. The Police have risen to the occasion, killing some members of the IPOB/ ESN they said were behind Gulak’s murder and progressing positively in their investigation on the matter to unravel others.

The Police are as determined as every well meaning Nigerian, including the Federal and Imo State Governments, to ensure that investigation into Gulak’s murder is not jeopardised.

Governor Hope Uzodimma of Imo State, in his statewide broadcast on Monday, reiterated the fact that everything would be done to bring all those behind Gulak’s killing, whoever they are, to justice. But Fani-Kayode in his characteristics of always trying to reap from ugly situations has taken to his Facebook wall to make insinuations that suggest he does not want those behind Gulak’s assassination unveiled. Explanations had been offered that Gulak was not Governor Uzodimma’s guest as of the time he was killed in Imo, but had come to the State on the invitation of the organisers of the 1999 Constitution Review Committee of the Senate as a Consultant.

The questions are: Why should what Gulak wore be the issue to Fani-Kayode? Why should he fret at the mention of political assassination? Is it out of place for desperate politicians, like Fani-Kayode, to engage miscreants to harm their political opponents? How would those the Police said they killed and that they have reasonable suspicion they were involved in the assassination of Gulak, detract from the fact that they may have been hired/used?

Governor Uzodimma, as the Chief Security Officer of Imo State, gets briefed on every situation in the State and Fani-Kayode knows that, yet the former embattled Minister decided to raise issues that tend to portray him as supporting those who killed Gulak. It is even laughable that Fani-Kayode was talking about falling out “badly over some unresolved issues,” and you ask yourself if he has any moral justification criticizing merchants of fake news, rumor-mongering and blackmail when he is the arrow head.

Ordinarily, one would not have bothered responding to the balderdash Fani-Kayode posted on his Facebook wall because Nigerians know the character that is him, but for the unsuspecting members of the public who may not know the reason behind his comments.

Investigations into the killing of Gulak are still ongoing, and God willing, all those behind the dastard act would be unmasked for Nigerians to see. Therefore, the likes of Fani-Kayode and others who have started having goose pimples because of the mention of political assassination should summon the courage to hold their breathe.

The way they think it is too early to think/say Gulak’s murder was political is also the way many people think political assassination is the main reason he must have been killed. Fani-Kayode and his ilk should desist from raising issues that are neither here nor there over Gulak’s assassination simply because Hope Uzodimma is Governor of Imo State”

FFK has responded on his Twitter handle. He wrote;

“Instead of attacking me why doesn’t Governor Hope Uzodinmma and the Imo State Government simply answer the questions that I raised? It appears that I have rattled their cage. If you have no skeleton in your cupboard why are you so badly shaken by my innocent questions?”