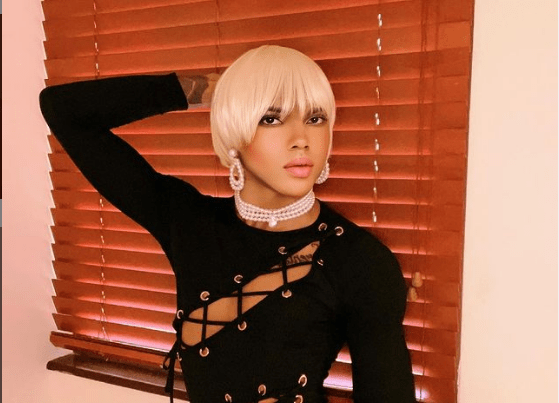 Goldtiful, a Nigerian closeted lesbian, has stated that he has been budgeting for butt lift surgery after seeing his rival, Bobrisky, showcase his post-surgery figure.

Remember that the popular Nigerian closeted lesbian, Bob, who said he underwent butt enhancement surgery in the Dominican Republic, shook social media yesterday after sharing a photo of his gorgeous smashing physical entity.

ALSO READ: Bobrisky Fires Back At Rival Goldtiful After He Threw Shades At Him With His G-Wagon

Bobrisky’s post-surgical physique appears to have strained the crossdresser camp, as his coworker, Goldtiful, stated he, too, will be undergoing butt-lift surgery shortly.

He remarked while sharing photographs of himself in a black bikini.

“If only we use our mouth to construct surgery  I would have gotten the biggest hips ever….let me continue saving for my own bbl”.

Fans thought that Goldtiful’s tweet was a dig at her self-proclaimed millionaire lover, Bobrisky.

“Na u no why u dey give urself headache ontop bob matter person wey no gt ur time abeg rest arindin alara gigan”.

“U too hate biko get something doing.. why u nor upload diz picture since… bad belle”.