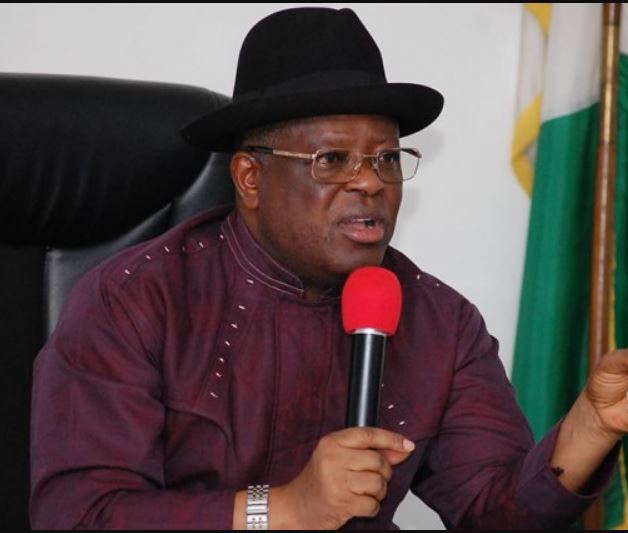 Governor David Umahi of Ebonyi State has refuted claims that his late Commissioner for Infrastructural Development for Concession, Mr Fidelis Nweze who died on June 22, has resurrected from the dead.

Upon hearing the news of his resurrection, hundreds of people stormed Umahi’s houses in Abakaliki and hometown, Onueke in Ezza South Local Government Area of the state, singing, dancing and making merry that God had raised him from the dead.

Umahi, in a statement signed by his Special Assistant on Media and Publicity, Mr Francis Nwaze, responded to the claims as he called them, fake.

The statement read: “We have to accept the reality before us though the deceased’s death was difficult to swallow,”

On Tuesday, June 22, the news of the death of the commissioner for infrastructure development in Ebonyi, Fidelis Nweze came to the state as a great shock and it has put may residents in a state of mourning. He passed away at a hospital in Abuja on Tuesday.

The commissioner died as a result of injuries incurred in a car accident earlier in the week.
As a close supporter of Governor Umahi, Nweze was widely regarded as the driving force behind the state’s infrastructure improvements since the administration took office.

Meanwhile, barely a month ago, the commissioner for housing in Ebonyi State, Uche Okah also died. He died at a hospital in Abuja on Friday, May 14 where she was receiving treatement for an unknown illness.

In a statement issued on Saturday, May 15, by Nwaze, Umahi sympathized with the husband of the deceased, Celestine Okah.

The late Okah was described by Umahi as a trusted ally in Ebonyi state’s success story during his administration.