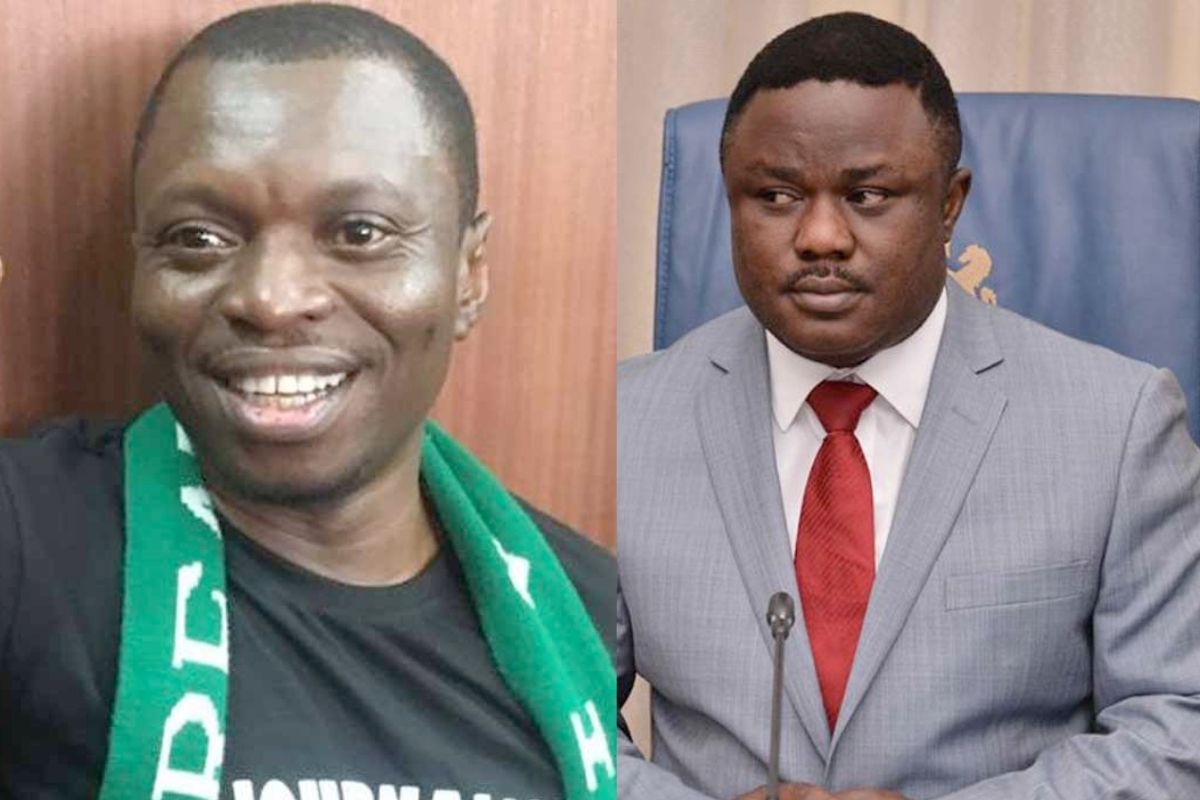 Agba made this disclosure in a statement made available to newsmen on Monday. He stated that the extent of the situation made him disclose it to the public.

“I’m bringing this issue up following credible information at my disposal that governor Ayade and some persons in his government are planning to ‘kill Agba Jalingo.’ Yes, I say that because the situation now warrants that I say it openly.

“Having been frustrated in their many attempts to ruin me using the police and the court system, information available to me now is alarming and calls for this public notice,” he said.

He claimed that on June 12, 2021, the new aide de camp to governor Ayade inserted two rounds of ammunition in his cigarette pack, and he demanded that the police charge him with unlawful ammunition possession.

“Like Dele Giwa, the police have taken me in on false allegations of gun and bomb running. The new ADC to governor Ayade planted two ammunition in my cigarette pack on June 12, 2021 and wanted the police to arraign me in court again for illegal possession of ammunition, while my trial for treasonable felony, terrorism, cultism and attempt to overthrow Buhari and Ayade is still ongoing.

“All these underhand tactics appear not to be working and they are contemplating the worst. I have every reason now to be deeply concerned and bring this to public notice,” he said.

Should anything happen to him, Jalingo said the governor of Cross River and his brother Franko should be held accountable.

“No one, I repeat, no one will chase me out of my home state because I am not a criminal, I have never been and I will never be one. It is those who steal from the public, misuse and misappropriate our public till for family luxuries, and are afraid of my constant scrutiny of their actions that should prepare to run away from the state when their days in power are over.

“The general public should hereby be on notice and hold Governor Ayade and his brother and co-governor, Franko Ayade, responsible should one strand of hair fall from my head,” he said.