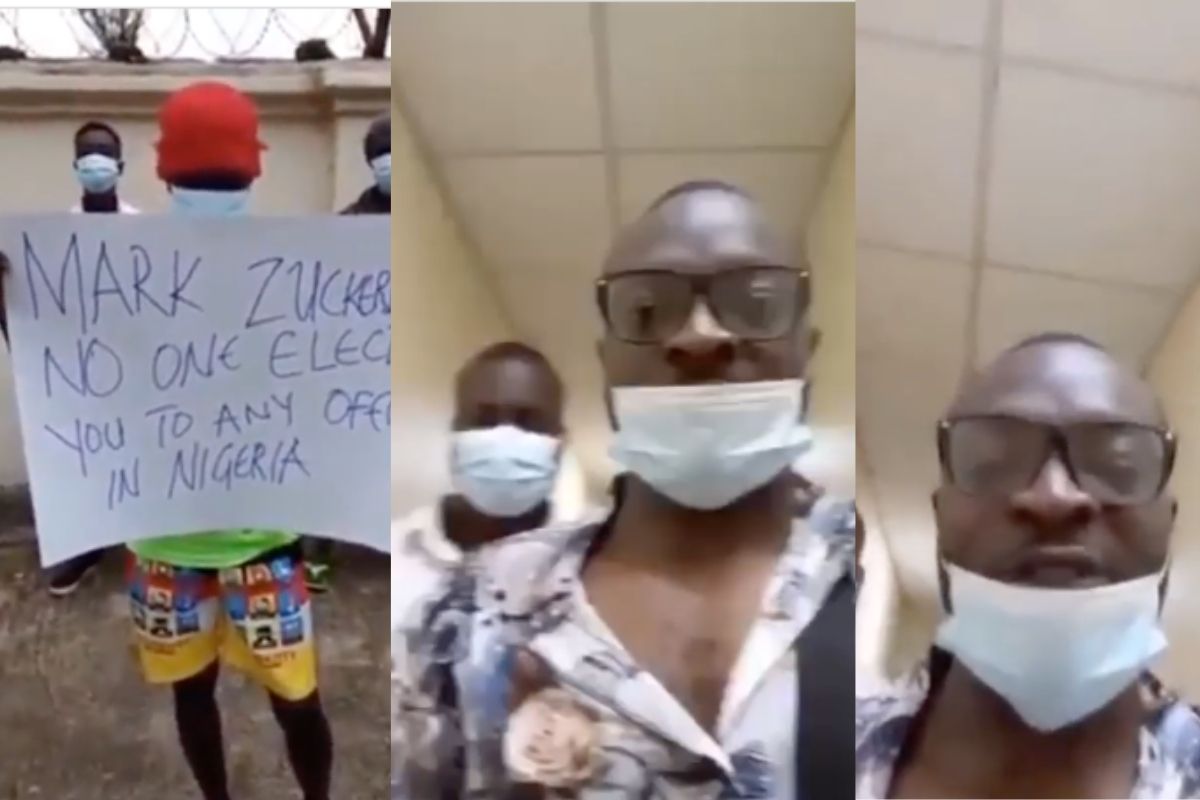 A group has petitioned the Ministry of Justice and Information to have Facebook permanently banned in Nigeria.

The group, which held placards outside the Ministry of Justice, accused Facebook of limiting remarks on the platform while making a fortune in the country.

The group’s spokesperson also claimed that his reach on the platform had been restricted, and that the social media giant needed to be “addressed to in a language they understand.”

Also in Newzandar News: Garba Shehu Says President Buhari Is Not Responsible For Magu’s Promotion In The Police

Watch the video below………

vectorthaviper wrote; “There is a pattern.
noticed it first with the peaceful protest. A popular tweeter user first suggested “terrorism” and after that, the argument became “terrorist activity “.
Desmond also weighed in on social media describing it in a way that negative and boom! The govt swept in with an argument that seemed to align with the accusations. I may be wrong but if this follows the same pattern, it may mean something big is up the sleeve of the men at the top and if we go by their capabilities, brace yourselves ladies and gentlemen. Last last, this one na fool.”

queenbethia wrote; “What is this acute stupidity existing in Nigeria these days??? The might as well ban electricity and schools too! What a mess of a country!”

mrcart3r9 wrote; “They have changed format. They want it to look like some of the youths are the ones clamoring for Facebook to be banned😂😂 awon wereys”

theikireguy wrote; “They are killing their family and they are trying to shut the breaking news app down 😂😂😂 may God heal you guys”