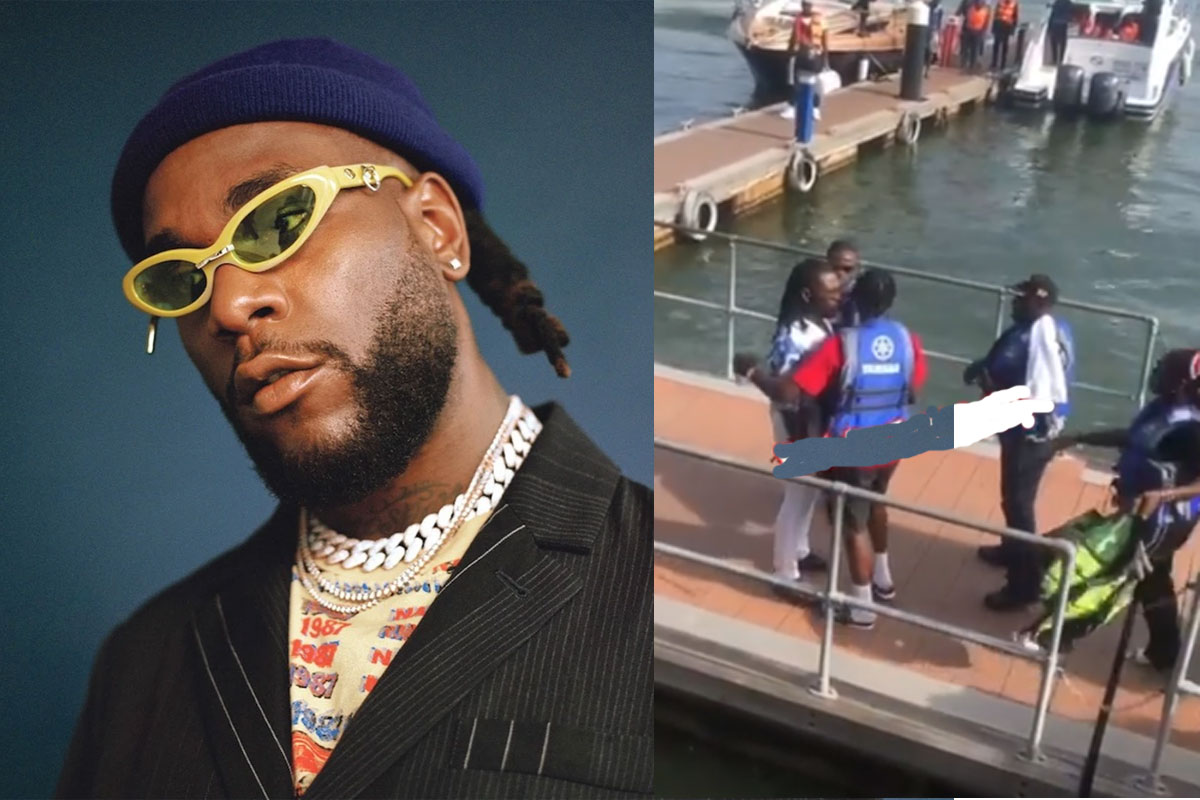 trying to stage a fight with some boys in Lagos who wanted to follow him to a music video shoot.

Apparently, Burna Boy refused to let anyone follow him to the video but some men who some of them are fans wanted to join him to the shoot by force and they had made unpleasant comment about him which got him infuriated and he made attempts to face them himself but for the timely intervention by some people around him he did not throw any blow.

Reacting to this, some social media users hailed him for standing up to nonsense whilst others attributed his action to pride and unforgiving spirit in him.

See some comments the video generated;

Abeg why do they keep stopping him from fighting? It feels to me like he deliberately act like he wanna fight cos he knows they’ll hold him back. Make una free am jor. He wants to fight Area boys? Mtchew!

God will punish all those tours for messing with my husband like that
After wiping Nigerian shame with that Grammy you still have the effrontery to disrespect him
Are you mad? 🤯🤬🤬

Omo, to be celebrity no mean say you go forget your craze abeg😂😂😂 I love me some Burna anyday

Advice this dude that you don’t physically fig.ht people who have nothing to lose . It’s not smart .

The people hailing him are the problems of Nigeria! That’s how they will also hail lie Muhammed and buhari