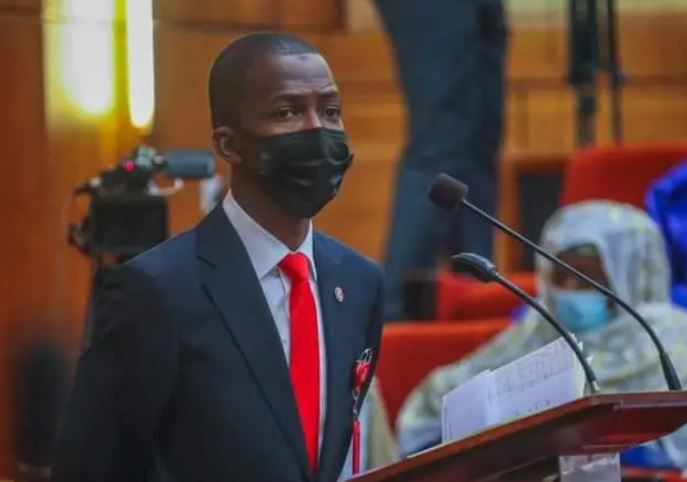 The chairman of the Economic and Financial Crimes Commission (EFCC), Abdulrasheed Bawa has posited that in order for the country to wage war on corruption and win, everyone should get involved in the fight.

Bawa made the submission when he was represented by the Head, Public Affairs unit of Ilorin Zonal Office of EFCC, Ayodele Babatunde at Kwara State College of Health Technology, Offa.

Bawa called for an all hands on the deck approach to tackle the menace of corruption from the society.

In his words: “The anti-corruption crusade was part of the preventive measures by the commission to sensitise Nigerians on the ills of corruption and win public support for the fight,

“EFCC believes that the fight against corruption requires all hands to be on the deck for it to be won. Therefore, it is within your powers to secure a corruption-free system for Nigeria, if you so desire.

“I will urge you to take up this challenge today as we work together to take Nigeria to greater heights, As consequences of our lack of proactive response, we are now burdened by a dwindling economy, infrastructure problem, ineffective health system, problematic academic system, unemployment and insecurity,”

Meanwhile, Abdulrasheed Bawa earlier on disclosed that since the resumption of his tenure, the commission has recovered $161 million, N6 billion, and 13,000 pounds illegally acquired by suspected criminals. He reiterated the identity of the person who purchased $37 million property through a bank chief. He said that the former Minister of Petroleum Resources, Mrs. Diezani Alison-Madueke was the person in the big picture.