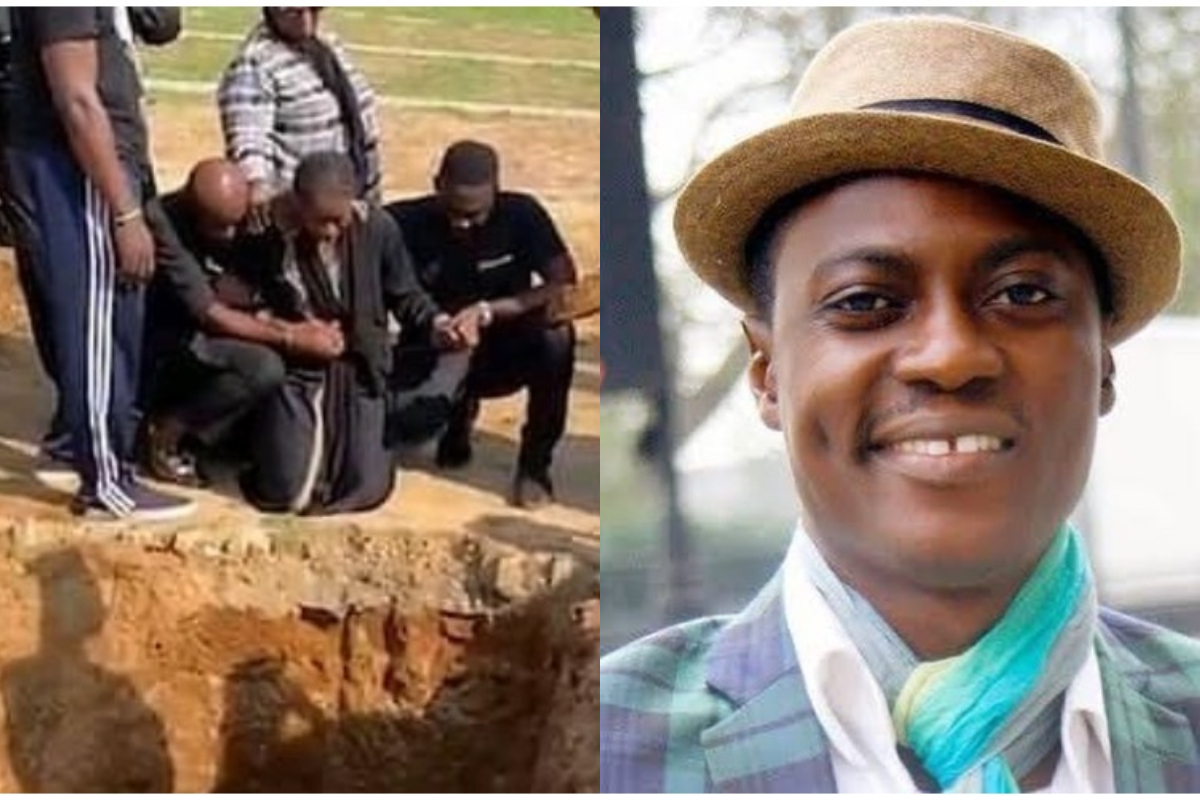 broke down in tears at his graveyard refusing to bury him when asked to pour sand on his grave.

Yesterday, the late Sound Sultan was laid to rest according to the Muslim religion, and his wife Farida was expected to perform some rites at the graveyard before he is buried but then refused to do that because of the pain.

Farida in a video sighted online was heard crying saying she doesn’t want to bury her late husband Sound Sultan as the pain she is going through over his death is so unbearable that she doesn’t have the courage to bury him.

Farida after refusing to bury Sound Sultan wasn’t forced by the family and friends who went with her to the graveyard but rather was taken away from there for the rite to be performed by another person before burying him.

Also in Newzandar News: Cardi B Replies Those Criticizing Her And Offset For Gifting Their Child Jewels On Her 3rd Birthday

Sound Sultan died yesterday after battling throat cancer for a while and his death has come as a shock to a lot of people because he was one of the purest hearts in the industry and never smoked nor drunk alcohol.

Sound Sultan died a few days after the death of Obama DMW and this is a heavy blow to Nigerians especially those in the entertainment industry because he was one of the few who contributed immensely to its growth.