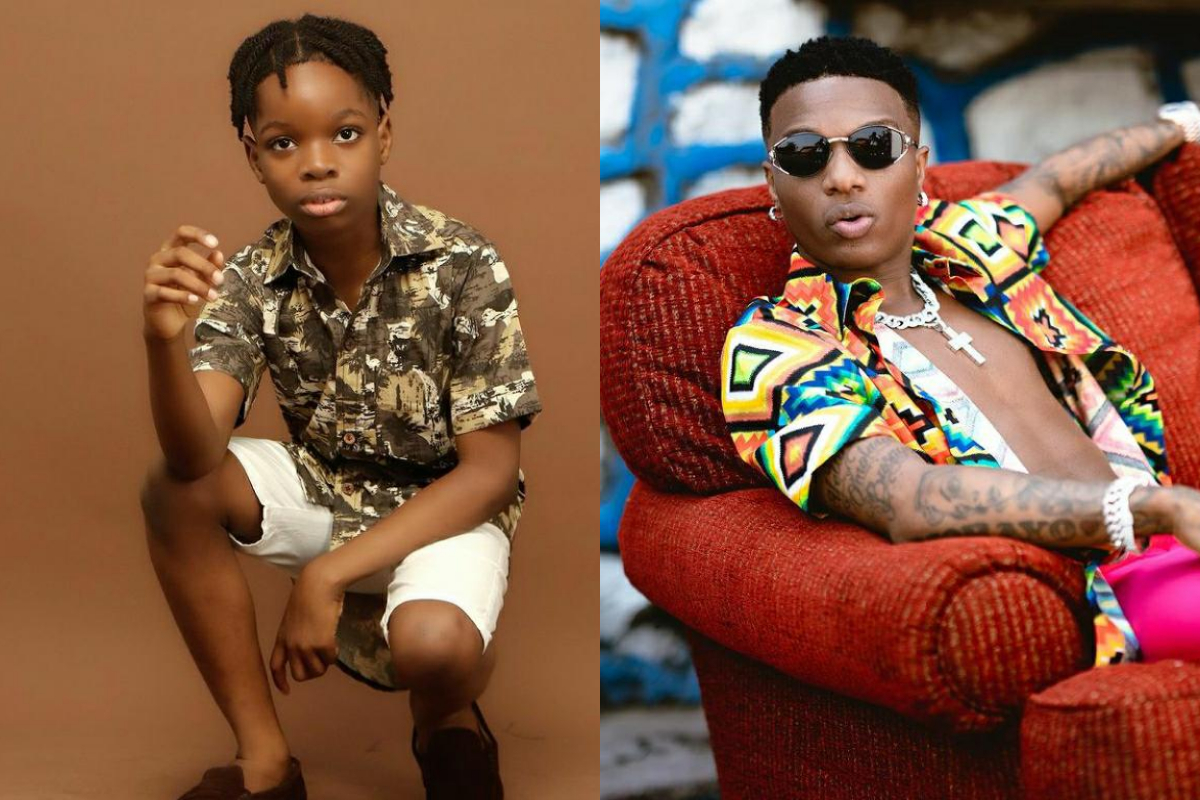 Singer Wizkid‘s first son Boluwatife has burst out with excitement after receiving some foreign currency from his dad Wizkid when they hang out.

According to Boluwatife, his current mood now is different and he only speaks foreign currency after hanging out with his dad and almost everyone is asking him to share the money and give them some sense it’s a huge amount.

His mother Shola as every mother does asks him to give her the money to keep for him which obviously he might not see again or won’t even get the chance to spend as he wants if he is to keep it himself.

Even Kemi Olunloyo reacting to the video asked Boluwatife to give her some of the money because she’s hungry and foodstuffs are becoming expensive in Nigeria. Almost everyone wants to have a feel of the money Wizkid gave his son.