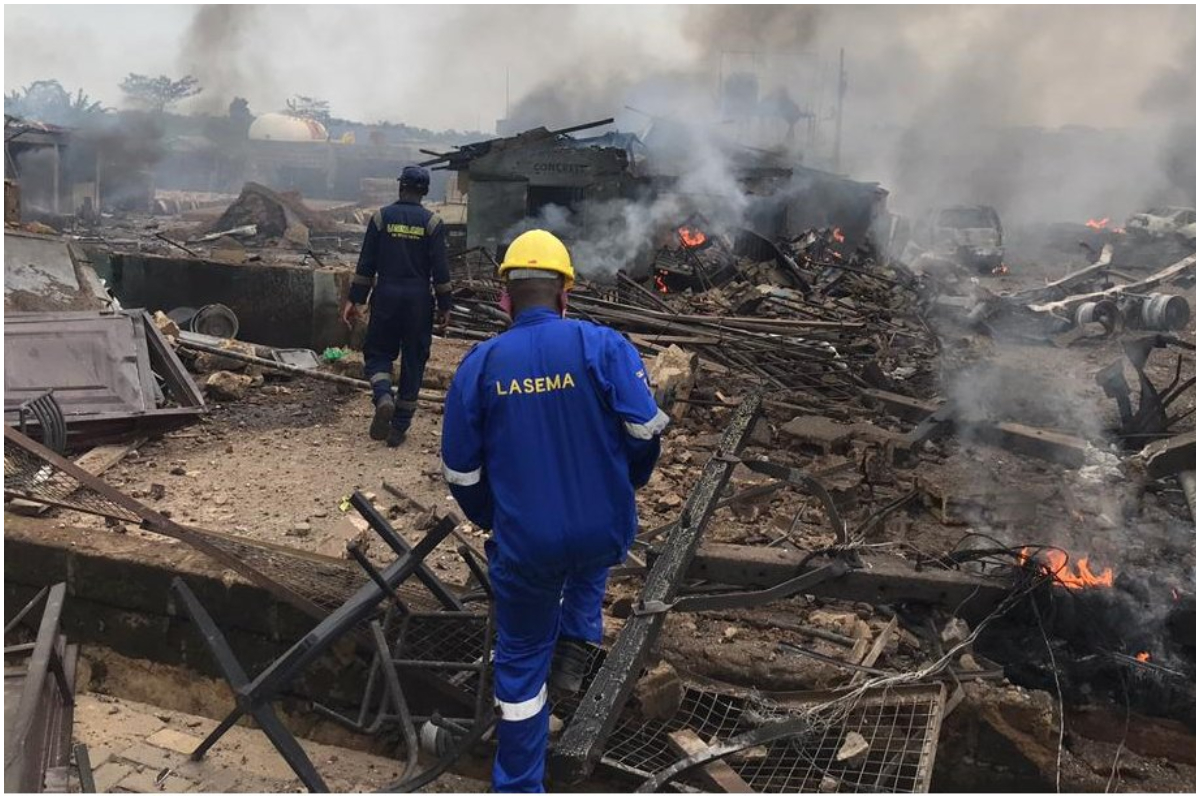 The Ikeja gas explosion which happened on Thursday night has reportedly claimed five lives which including a child.

Earlier, a report came in suggesting that a gas tanker exploded in Mobolaji Bank Anthony Way in Ikeja, Lagos around 11 pm on Thursday, June 17th. After the explosion, there was a search party at the scene to find out the casualties the explosion caused.

Following the search by the operative of the National Emergency Management Agency (NEMA) and the federal road safety commission (FRSC), the corpse of three male adults was discovered inside one of the stores at the OPIC plaza.

The information came that the child who was amongst the reported dead persons was with her woman in a Chinese restaurant nearer to the place of the incident when the explosion occurred. While she was being evacuated by the firefighters, she told them about her child who was trapped in the restaurant.

“First responders worked to control the spread to the adjacent properties as well as the nearby petrol station until 0400hrs Friday.

“Thirteen people with various degrees of burns were rescued comprising nine males and four females. They were provided with pre-hospital care before taken to Lagos State health facilities for further treatment.”

The affected truck has been moved, the entire affected area cordoned off and post-disaster assessment ongoing”.