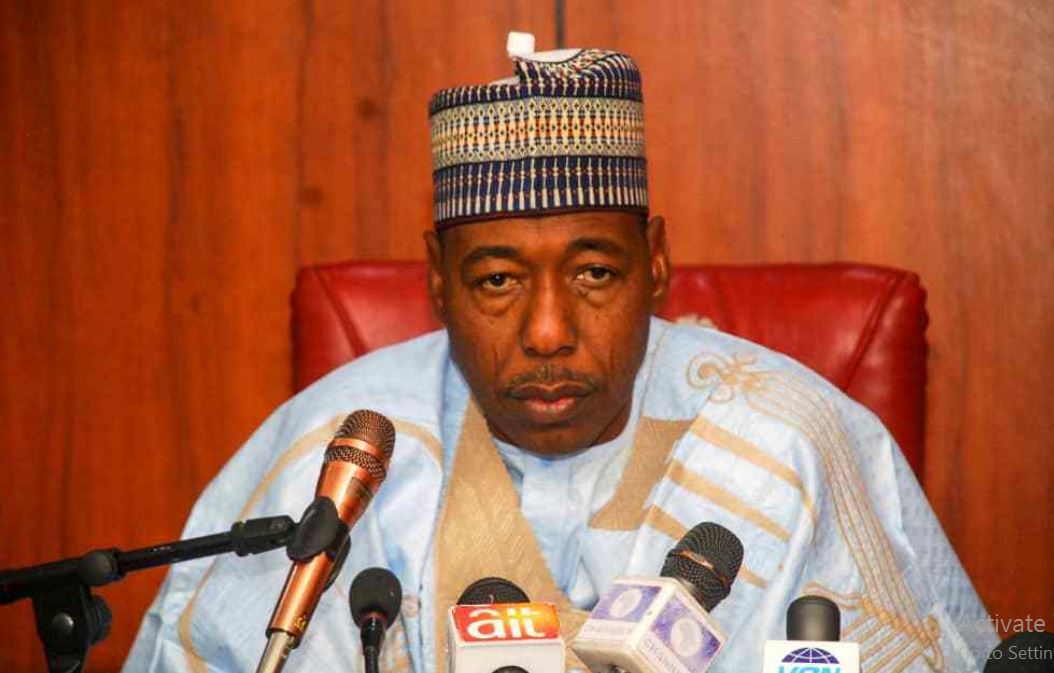 Prof. Babagana Zulum, Governor of Borno State, has emphasized the importance of continuing to fight poverty in the country.

According to him, the insurgents who have subjected the state to years of hardship and turmoil have recruited some residents by offering them as little as N5000 or N10,000.

The governor made the remarks while delivering an address commemorating 2021 Democracy Day and his administration’s second year in office.

“From records, we have experienced instances when insurgents offered as low as between 5,000 and 10,000 Naira to recruit some spies and smugglers of weapons.

We needed to ensure that our good citizens had the support they needed, and they aare not exposed to potential attractions for the incentives of insurgents.

There was the risk that insurgents could, after making IDPs socially and economically vulnerable, also explore that vulnerability by offering food and cash incentives to recruit fighters who could even serve as their spies in communities.”