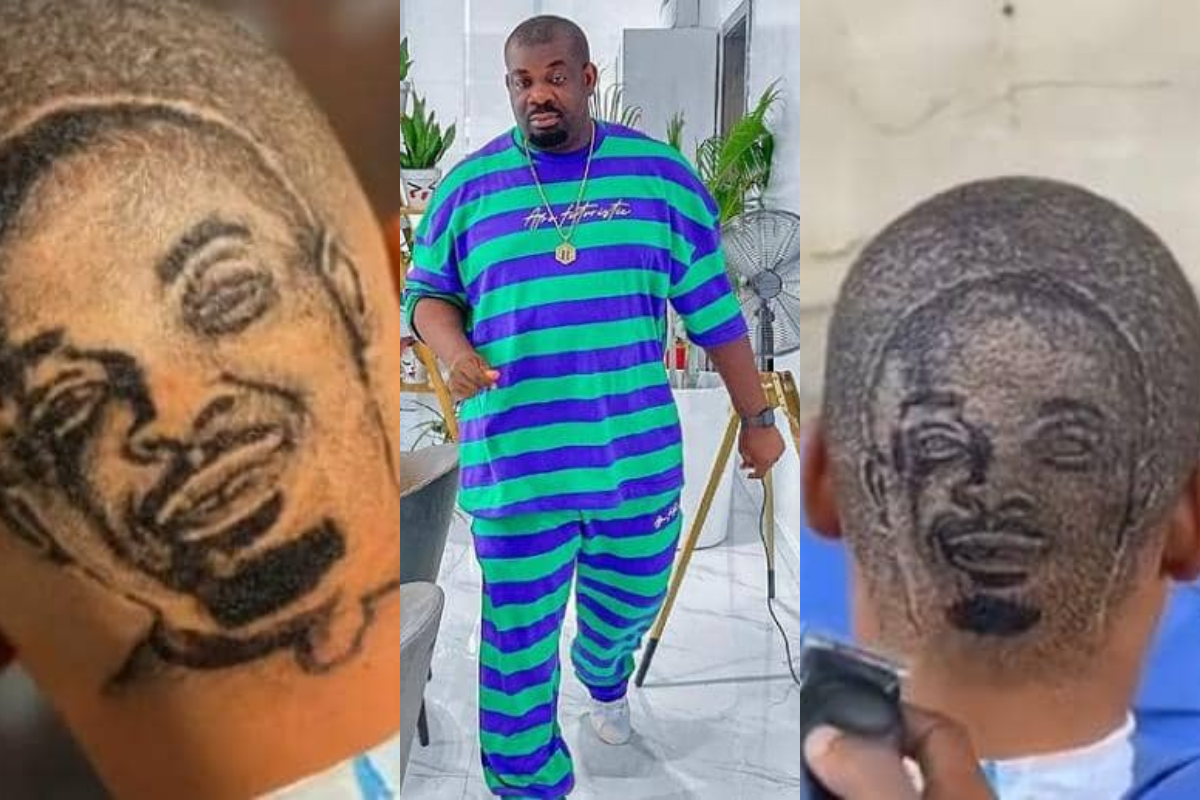 Mavin Record boss Don Jazzy has applauded a fan who went through the trouble to draw his face on his head saying it’s not easy to carry his big head.

Don Jazzy shared the video of the guy who drew his face on his head and the process he went through to show him love appreciating him for doing that to appreciate his work as a singer and a music producer.

Don Jazzy reacting to the video gave thumps up to the guy and everyone in the video saying it’s really dope and not easy for someone to carry his big head on their small head appreciating them for what they did.

The original post from the person carrying his head was to appreciate Don Jazzy for being a true legend who brought them hits upon hits when he was an artist and now as a music producer is doing great with his artists.

Also in Newzandar News: If You Yab Me I Will Still Ride It – Dino Melaye Says After Being Called Out By A Car Dealer For Owing

The aim at which the fan drew Don Jazzy‘s face on his head is to appreciate him as a legend and he truly is a legend and deserves more than that because he has contributed immensely to the entertainment industry.

#Repost: @danceboy_moses
For a true legend bringing the hits back to back … down to a producer we say a very big thank you to theLiving Lègënd himself …. @donjazzy 👑🙏🏾🙌🏽