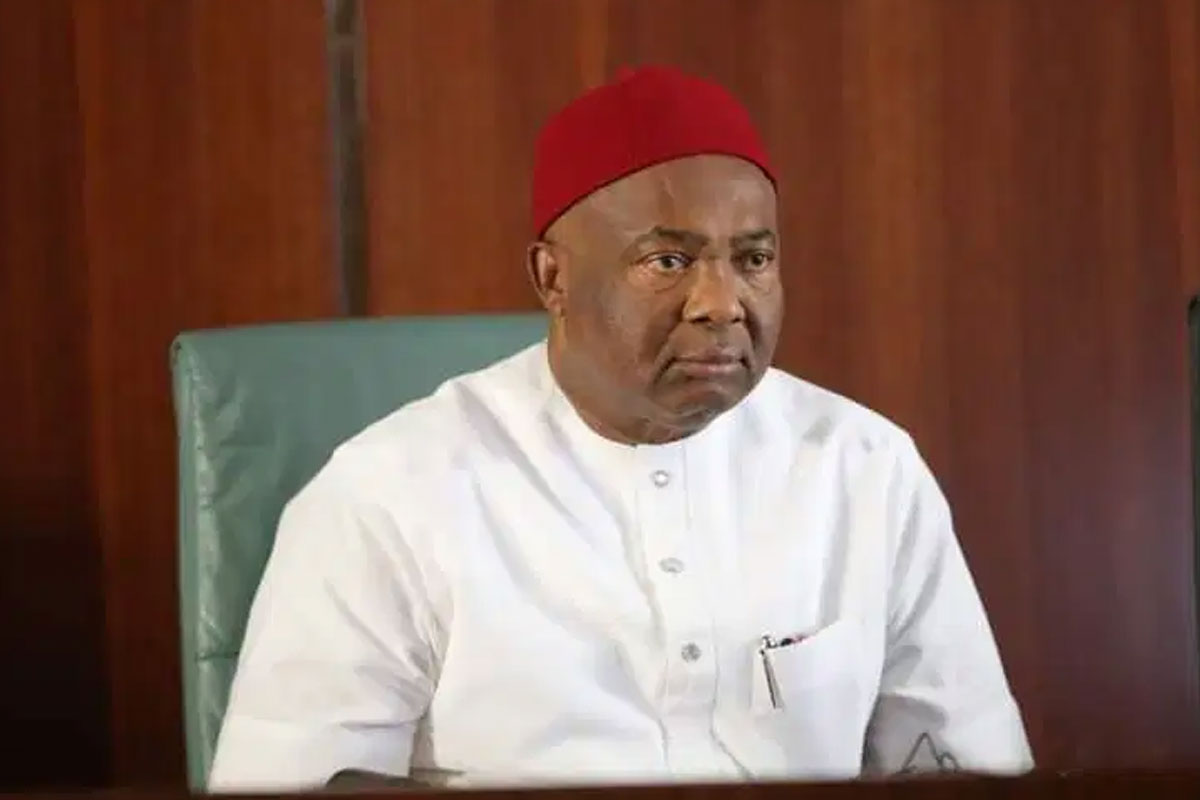 Governor of Imo State, Hope Uzodinma has urged security operatives to spare no chances in taking the lives of bandits before they take theirs in the fight against insecurity.

During a condolence visit to the State Police Command headquarters in Owerri on Tuesday June 15, Uzodinma urged police officers not to allow bandits who are not licensed to carry arms to kill them.

“You are the only ones constitutionally empowered to carry a gun.

“And then you allow somebody called bandit who is not licensed to carry a gun to come to your station and kill you.

“Kill them before they come near to kill you.”

Uzodinma also stated that his administration would implement an insurance program for all state security personnel.

According to him, plans are in the works for a welfare scheme in which all family members of those who died during the state’s disturbance will be paid.

He promised that his administration would not desert the families of the dead cops and that he would improve the logistics needed by the police in the state.

In other news, Hope Uzodinma gave word of assurance that his people can now go back to the streets and begin their daily activities because the recent killings and insecurity has been solved.

The governor held a stakeholders meeting at the banquet hall in the Government House, Owerri where he invited the religious leaders, security chiefs of the state, members of the Judiciary, past and present lawmakers.

He said, “The reports from the security agencies have confirmed that Imo State is now safe for both night and day activities.

“I will also use this opportunity to inform you that in the cause of making sure that our people are not vulnerable, that the damage on the lives and properties of our people is not going to be grievous, we have established a committee to go into a thorough investigation and come up with far-reaching recommendations.

“I am very convinced that the government will implement their recommendation to bring lasting peace to the state”.