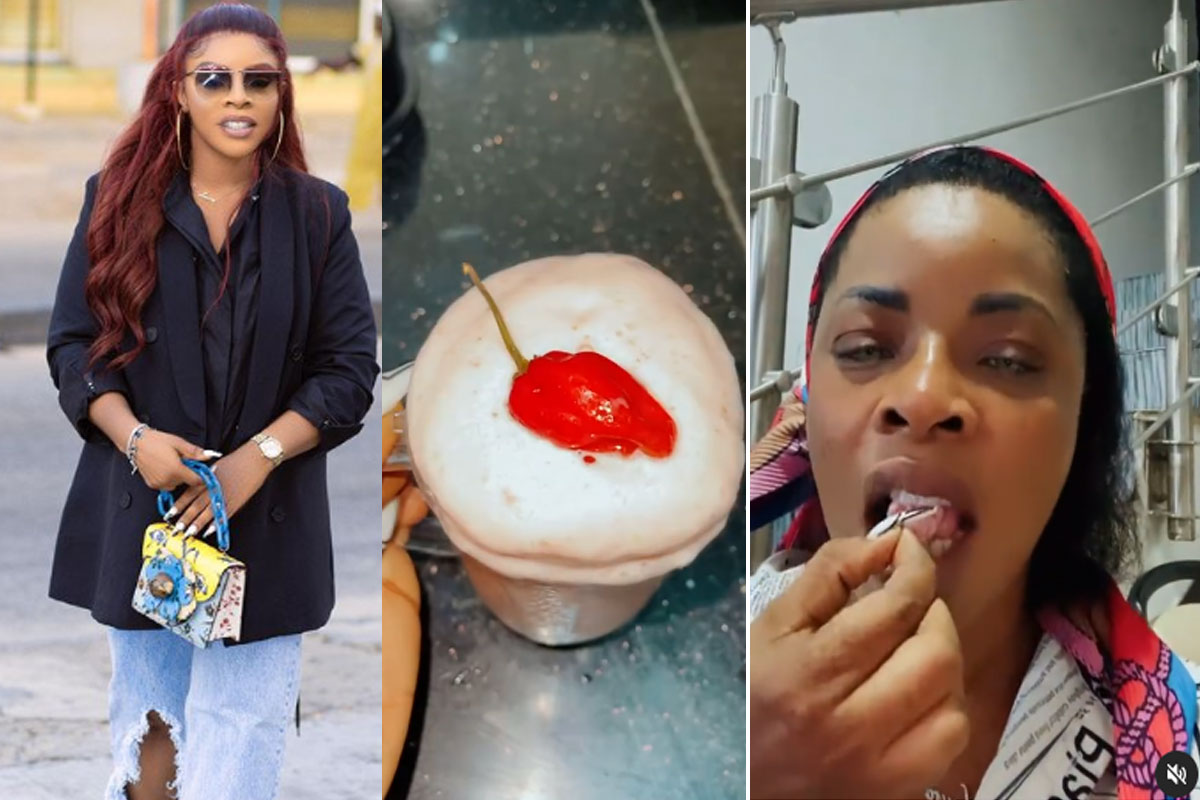 Nigerian hair expert and socialite, Laura Ikeji has taken her fans and followers aback after she posted a video of herself chewing raw red pepper.

Laura Ikeji the younger sister of popular billionaire blogger, Linda Ikeji could be seen in video preparing a strawberry smoothie with banana and she recommended the delicacy to her fans to give it a try and thank her later.

However, in another video she posted where she was chewing the raw scotch bonnet red pepper, the mother of two warned those who don’t want to lose their senses after taking it to try it.

“Try with raw pepper and thank me later. Someone cc @officiallindaikeji”

“Pls Do No do this if u don’t wanna run mad, but if u like pepper 🌶 go ahead boo. Taste good”

Sir Habib wrote, “I’m happy the pepper nation is moving forwrd, next time blend the pepper in it, thank me later “

Queen Vimati wrote, “you didn’t show us the end where you literally went crazy. cos I bet you did”

Vivie Isabella wrote, “Show us your face while you are eating it”

In another news, Laura Ikeji indicated that she has realized that side chicks are getting richer than the wives and it is something that worries her because wives rather deserve better.

According to her, some side chicks are making a lot of money by the day from other people’s husband and they are buying houses, driving in Range Rovers, G-Wagons, flying first class and living lavish lifestyles whereas the wives are not living the same lifestyle and she advised wives of billionaires to save and buy properties.