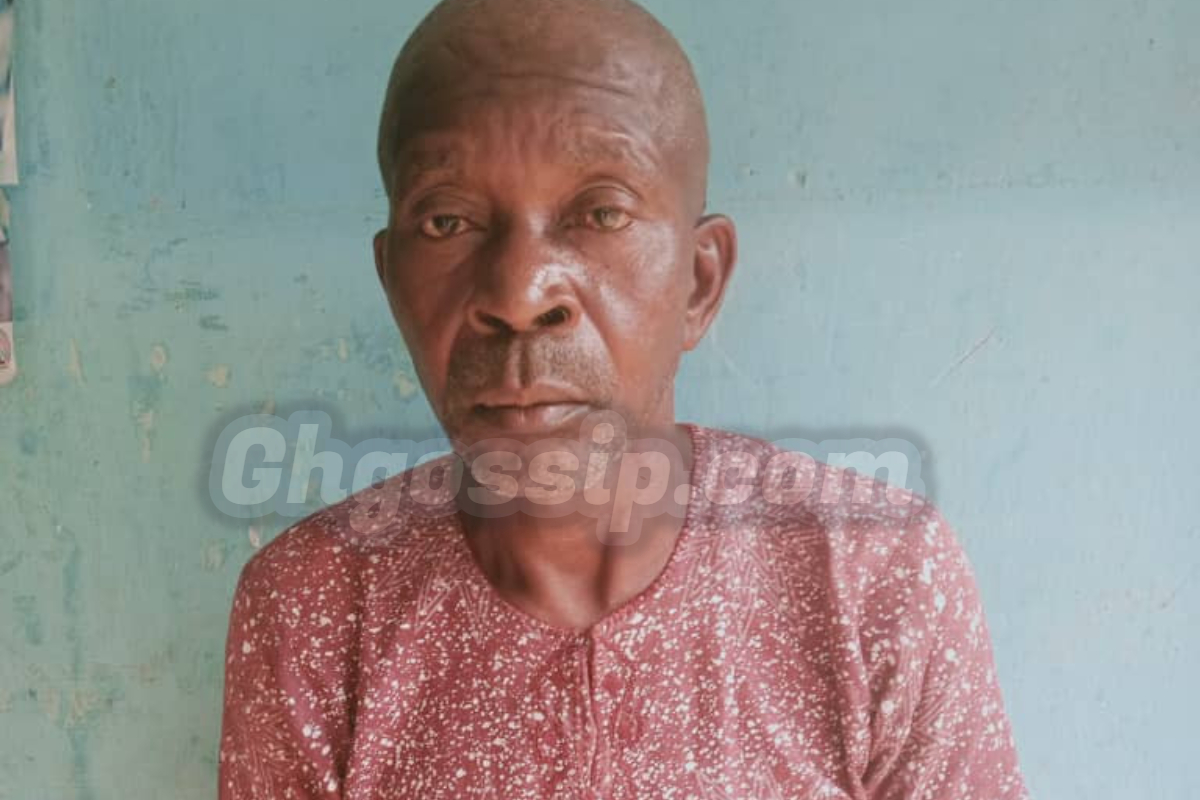 A 65-year-old man identified as Durodola Kayode Ogundele, of Ayetoro-Ekiti has reportedly been arrested by the police at Ekiti for forcing himself on his 85-year-old stepmother.

Also in Newzandar News: Sista Afia Compares Herself To Tiwa Savage After She Featured Sarkodie On A Hip Hop Song

The case was confirmed by the Spokesperson of the state police command, ASP Abutu Sunday who revealed that the abuse occurred in the room of the victim on June 15.

According to a statement released by the police command, the suspect went into the room of the victim to apply herbal medicine on her leg like he always does but things took a different turn.

The statement revealed that while the suspect was applying the ointment on the leg of his late father’s wife, he forcefully had sexual intercourse twice.

”The victim alleged that after applying the herbal medicine on her legs, the suspect forcefully had sexual intercourse with her twice.” the statement in part read.

Abutu added that the state commissioner of Police, CP Tunde Mobayo, has ordered the case be transferred to the State CID and be thoroughly investigated after which the suspect be charged to Court.

Meanwhile, a 54-year-old man has been arrested at Gbegu for reportedly shooting a 27-year-old Fulani herdsman.

According to the police, the suspect Datorobary Bribuo claimed the deceased brought his cattle to graze on his farm hence his decision to fire at him.

After hearing about the development, Police proceeded to the scene and found the 54-year-old suspect arrested by the residents of the village.