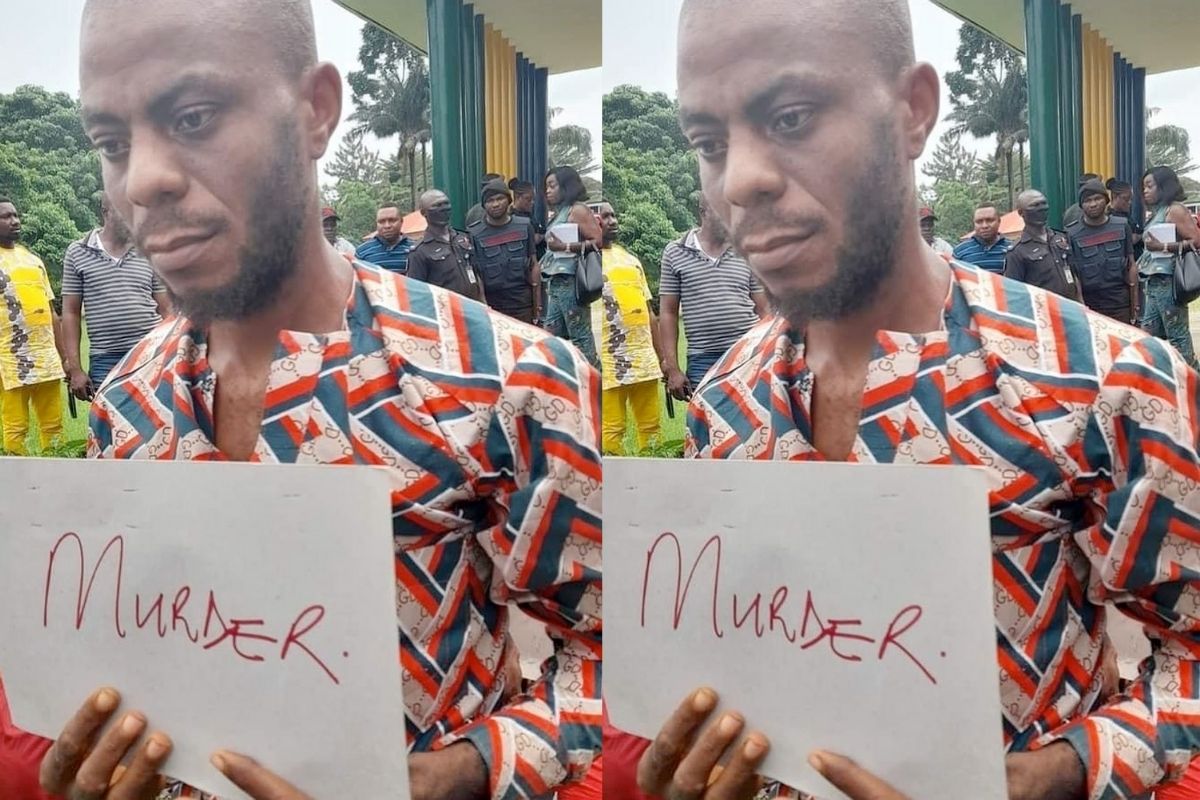 A man who reportedly killed and beheaded his aunt in Calabar South Local Government Area of the State has been arrested by the Cross River Police Command.

It was gathered that 34 year old Christian Edem-Eyo murdered his 65 year old aunt called Uduak Effiong Okpo and inhumed her head and body at different places on June 23.

Mr Sikiru Akande, the state’s Commissioner of Police, told reporters on Tuesday, July 6 in Calabar, that the suspect would be charged to court soon.

According to the Nigerian News Agency (NAN), the murder suspect killed Okpo because she was from the spiritual world.

“I killed Uduak Okpo because she belonged to the marine world. She was terrorising me spiritually in the compound,” he said.

“She was making my manhood to rise spiritually, that was why I killed her,” he added

In other news, the Cross River state police command has arrested a pastor of the United Evangelical Church for allegedly having a human skull in his possession.

Following a danger to life complaint from a concerned citizen, 45-year-old Michael Bassey was arrested.

The culprit was detained at No. 56 Uwanse near Asuquo Ekpo Street in Calabar South, according to Mr Sikiru Akande, the state’s Commissioner of Police.

“The suspect was arrested with one human skull tied with the complainant’s picture and carved human image with red clothes.

“Investigation is still ongoing and the suspect will be arraigned in court.”