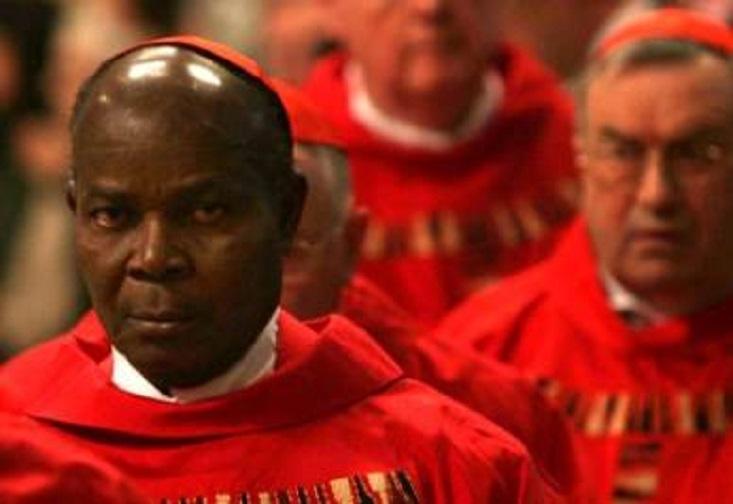 Emeritus Archbishop of the Catholic Archdiocese of Lagos, Cardinal Anthony Okogie has complained about the state of the nation which has been in tatters.

The revered  priest spoke at the 85th birthday thanksgiving mass and 50th Episcopal Ordination anniversary at the Catholic Church of Assumption, Lagos, where he opined that the current happenings in the country qualifies the country to be a failed state.

He said: “It seems that Nigeria has become a killing field as impunity and terror reign from one end to the other and there seems to be no end in sight at present,”

“As they say, the matter speaks for itself as it is evident that Nigeria has practically become a failed state. A country fails when it is no longer able to protect its citizens from harm and secure their welfare.

“A country fails when, instead of being a harbor of refuge for its citizens, it turns out to be a conundrum of fire and sorrow that consumes its citizens.

“A country fails when instead of reassuring its citizens by actions and policies that the future is secure, it becomes a case of most people planning to flee the country to other climes where their governments are truly functioning. Such is practically our case today.

“Well it is true that our problems did not start under this administration, it seems to have worsened economically and politically in these past six years. Insurgency in the northeast is still ongoing and insecurity has spread nationwide in spite of the military being deployed everywhere.

“The avalanche of banditry and kidnapping that has overwhelmed parts of the northwest and central cannot be described as they stroll casually into schools and cart away tens to hundreds of students and mysteriously melt into nearby forests or bushes, the entire security apparatus often seem clueless or helpless.

“The situation in some parts of the southeast also leaves much to be desired, with the officers mobbed, soldiers butchered, innocent citizens killed, properties destroyed, people are no longer safe in the land.

“Unknown gunmen has become our favorite vocabulary in our parlance as they come in and out, operate untraceable.  The case of the Fulani herdsmen has been badly handled so far. Cases of unemployment, inflation, fear, poverty and misery are shooting from the roof. The sad part is that there is no articulate coordinated response from the government to curb these downward trends apart from the usual playing the ostrich and throwing tantrums when they are criticized like the rather harsh suspension of Twitter.”