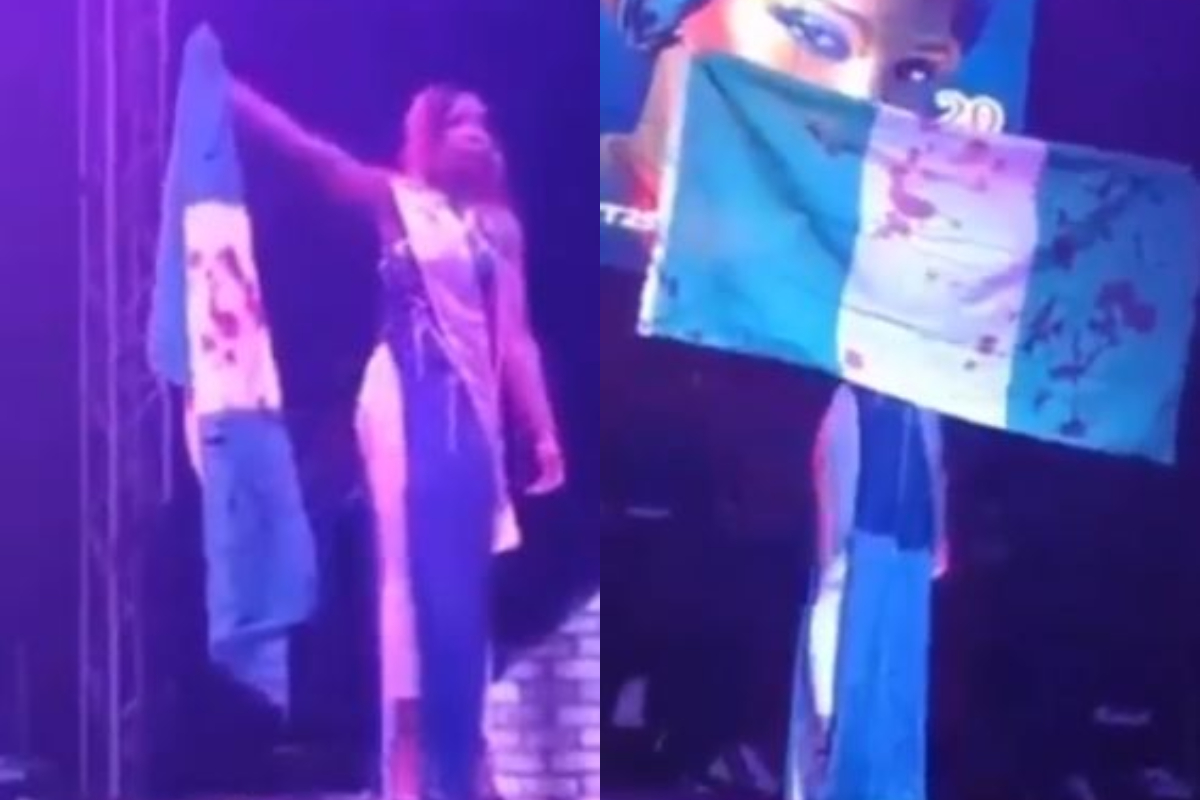 Miss Africa Russia representative from Nigeria, Udeh Chiamaka Victoria has depicted the current state of her country as she stepped out with a blood-stained Nigerian flag at the beauty pageant contest in Russia.

The event was held on Sunday June 13 in Moscow and it attracted an International audience. The display of the flag received some warm acclamation from the audience as they clapped.

Netizens could not hold themselves as they applauded the beauty queen for telling the true story of Nigeria to the world. Below are some comments:

ugezujugezu: Audacious use of a provided platform to send a clear message to the world. 👏👏👏👏 INDEED, NIGERIA UNDER THE APC BLEEDS.

stickzbeautyplug: She did great,she knew the consequences but she went all in for it….you are a hero🙌🙌🙌🙌🙌🙌

pweettyinpearl: So proud of my generation, Enough of the sleeping 👏👏👏👏

papiiitino: Na the only real slay queen for this country be this
Not all these slay peasants on IG

thelordissmyshepherd: She passed a very deep message to the world!😢

nina_puche: She deserves an accolade. Because what she did is not part of the dress code but she doesn’t care about winning. All sis wanted was to let the world know. We love her. This is a win for us!!!!

onyekavalent: Such boldness and representation should be well commended, am loving her already, na she conclude the protest las las.