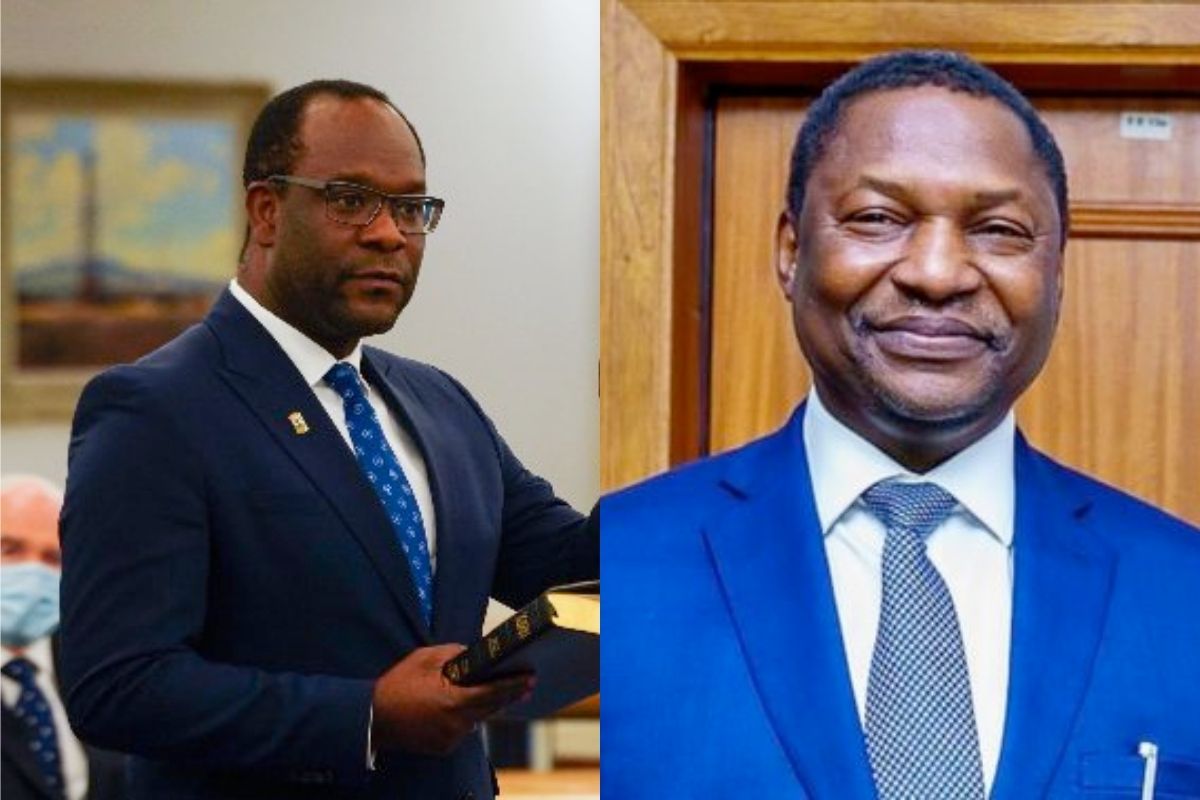 The Minister of Justice and Solicitor-General of the Government of Alberta, Canada, Kelechi Madu has demanded that the Federal Government frees Nnamdi Kanu in one piece.

Last month, June 28, Malami, Nigeria’s Attorney General confirmed the arrest of the leader of Indigenous People of Biafra. It was revealed by Kanu’s lawyer, Ifeanyi Ejiofor that he was apprehended and tortured by security operatives in Kenya before extradited to his mother land, Nigeria.

Madu has slammed the federal government and called on the UK, EU, U.S., Israel, Canada and Germany “use all their power, including diplomacy, to ensure the safety and release of Mazi Nnamdi Kanu.”

“I urge the Nigerian government led by Muhammadu Buhari to ensure the safety of Mazi Nnamdi Kanu, leader of the Indigenous People of Biafra. I urge his immediate release,” Madu said on his LinkedIn page.

“Reports suggest that Mazi Kanu was abducted in Kenya with the active collaboration of the Kenyan government led by President Uhuru Kenyatta. If true, Nigeria and Kenya violated international law and the rule of law that is supreme in their respective countries.”

The minister also demanded that the leaders of Western countries would “ensure real consequences for this arbitrary violation of internationally accepted democratic norms and rules that govern civilized people, but above all, the arbitrary violations of Mazi Kanu’s fundamental human rights.”

‘Nigeria is burning, and the people of Nigeria, except those who are holding the country down wants out. You cannot destroy the hope and aspiration of a people destined for greatness, and expect them to bow down in servitude. You cannot destroy a generation of people and expect them to not fight for their freedom. The power of the gun, state sponsored terrorism will not achieve peace, or the preservation of Nigeria.

”Friends of the black world must unite and liberate the people of Nigeria from this bondage and from the claws of corrupt and inept politicians who have no business being near the corridor of Nigeria’s political power.

”The Attorney General of Nigeria, Abubakar Malami is a disgrace to the rule of law, and not worthy to be an officer of the court. He has shown himself to be a bigot who does not understand what it means to live in a pluralistic society governed by the dictates of the rule of law.

”Finally, I must caution the present leaders of Nigeria to act in the best interests of the whole people of Nigeria. Since the inception of this government, and so far they have not been acting in all of Nigeria’s best interests.