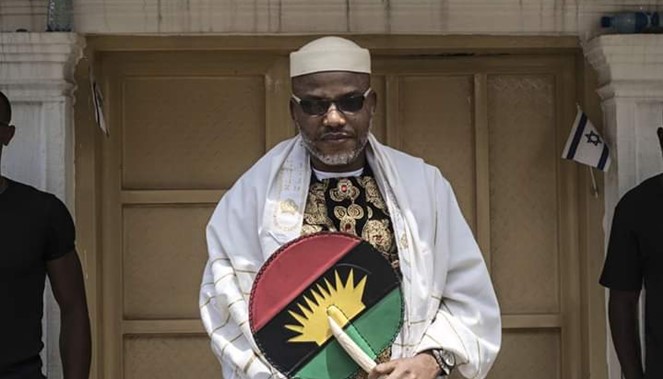 Evidence has emerged indicating that leader of the Indigenous People of Biafra, Nnamdi Kanu was arrested and repatriated from Kenya.

Since Kanu’s repatriation in June, the federal government has kept mute on the country where he was taken from, even though his family, as well as his attorney, Ifeanyi Ejiofor, accused the President Muhammadu Buhari administration of working with Kenyan authorities to abduct the separatist leader.

The Kenya High Commissioner to Nigeria, Wilfred Machage, had earlier refuted claims that the IPOB leader was arrested in the country, describing it as “deliberately concocted to fuel antagonistic feelings in the minds of certain sections of the Nigerian people against the people of Kenya.”

However, findings by The Guardian, a British outlet indicated that Kanu’s UK passport remains in Kenya.

He was said to have entered the East African country this year with his British passport on a visa expiring in June, the newspaper said.

It wrote; ”Evidence seen by the Guardian shows Kanu entered Kenya this year on his British passport on a visa expiring in June. His UK passport remains in Kenya.”

The IPOB leader was arraigned at the Federal High Court, Abuja, where the court ordered that he be remanded until the continuation of his trial set for July 26.