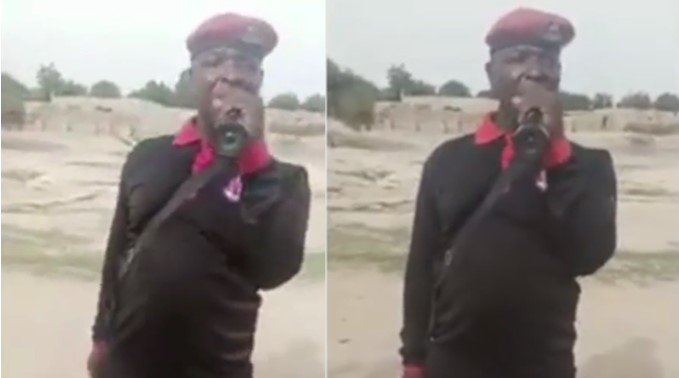 Officers attached to the Counter Terrorism Unit of the Nigerian Police Force, have staged a protest to voice out their displeasure over their unpaid allowance and refusal to repost them for over 7 months.

The policemen were reportedly deployed to Kastina state in January 2021 and the special duty was supposed to last for three months.

But they have now been there for seven months and have claimed that are yet to receive any allowance.

In a video making rounds online, an officer who spoke on their behalf said “No allowance, no market.”

The spokesperson also requested to see governor Aminu Bello Masari of Katsina state and the Commissioner of Police.