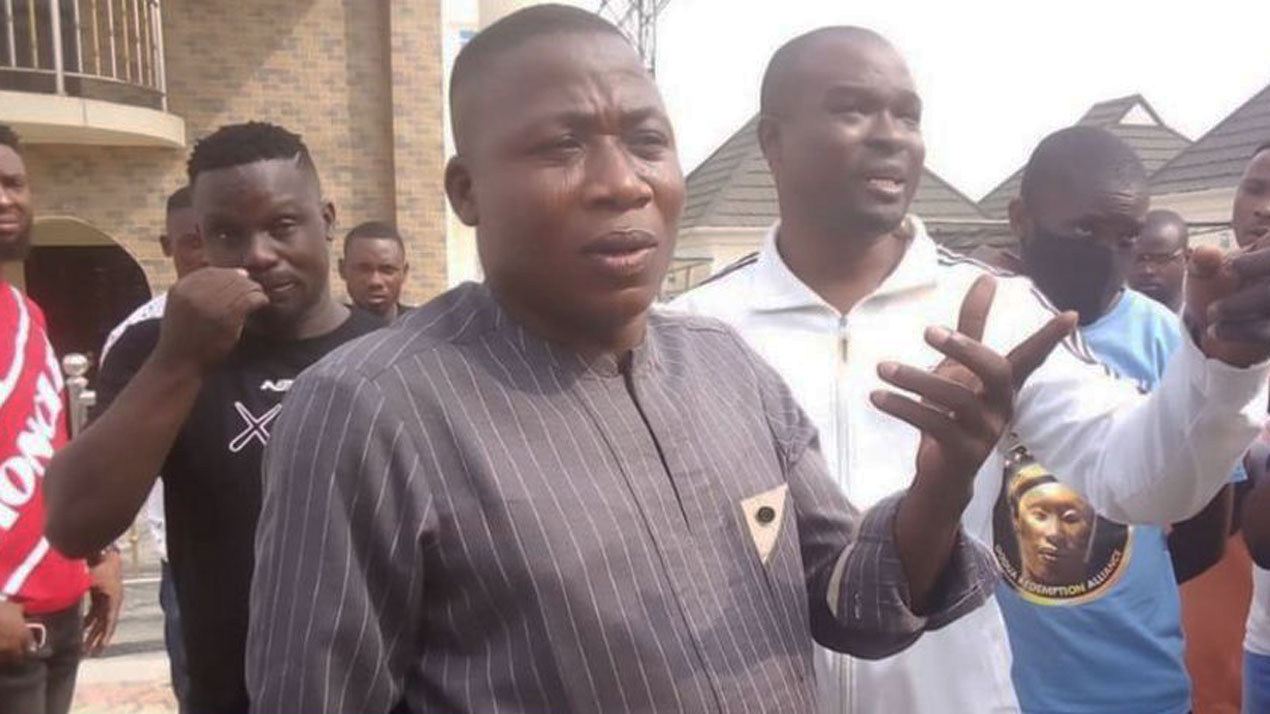 Freedom advocator, Sunday Igboho, has issued a word of caution to the Nigerian  Military in their pursuit of Ifeanyi Ejiofor, lawyer for the Indigenous People of Biafra (IPOB).

Spokesperson of Igboho, Olayomi Koiki released a statement as he disclosed that Ejiofor is not only a lawyer for IPOB and its leader, Nnamdi Kanu but a lawyer of former aviation minister, Femi Fani-Kayode, Sunday Igboho and the Yoruba agitators.

The statement read, “Chief Sunday Igboho has waited for days for a possible reaction from the relevant security agencies on the reason for the bloody and violent invasion on the Anambra state country home of Barrister Ifeanyi Ejiofor’s but all to no avail.

“Those that attacked his home tried to assassinate him and in the process, they killed his personal assistant and several other people in his home and burnt their bodies to ashes. They did this as Barrister watched the whole episode helplessly from where he hid in his home.

”For the records, Barrister Ifeanyi Ejiofor is not only the lawyer to IPOB and Mazi Nnamdi Kanu but also a lawyer to our leader Chief Sunday Adeyemo and our group. He is also a personal lawyer to our dear brother and highly respected uncle, Chief Femi Fani-Kayode, former Minister of Aviation and he is a friend and supporter of the sons and daughters of Oduduwa.

“On many occasions, he has stood in for us and our members, and today we are standing in for him. We have said it before and we say it again that any attack on IPOB or the people of the East is an attack on us. We stand shoulder to shoulder with them in this battle.

“It is on the strength of these hard facts that we wish to warn the relevant security agencies that if anything onward happens to Barrister Ejiofor that the consequences will be serious, and no one directly or indirectly connected with this desperate hunt for innocent life, will go scot-free.

“We know the individuals who are funding this whole thing and we wish to put it on record that this is the second time they tried to take our lawyer’s life. It must be the last. Such an attempt must never happen to him again.

“We demand that all Barrister Ejiofor’s domestic staff that were abducted during this bloody attack on his peaceful home be released by the security agencies without further ado.