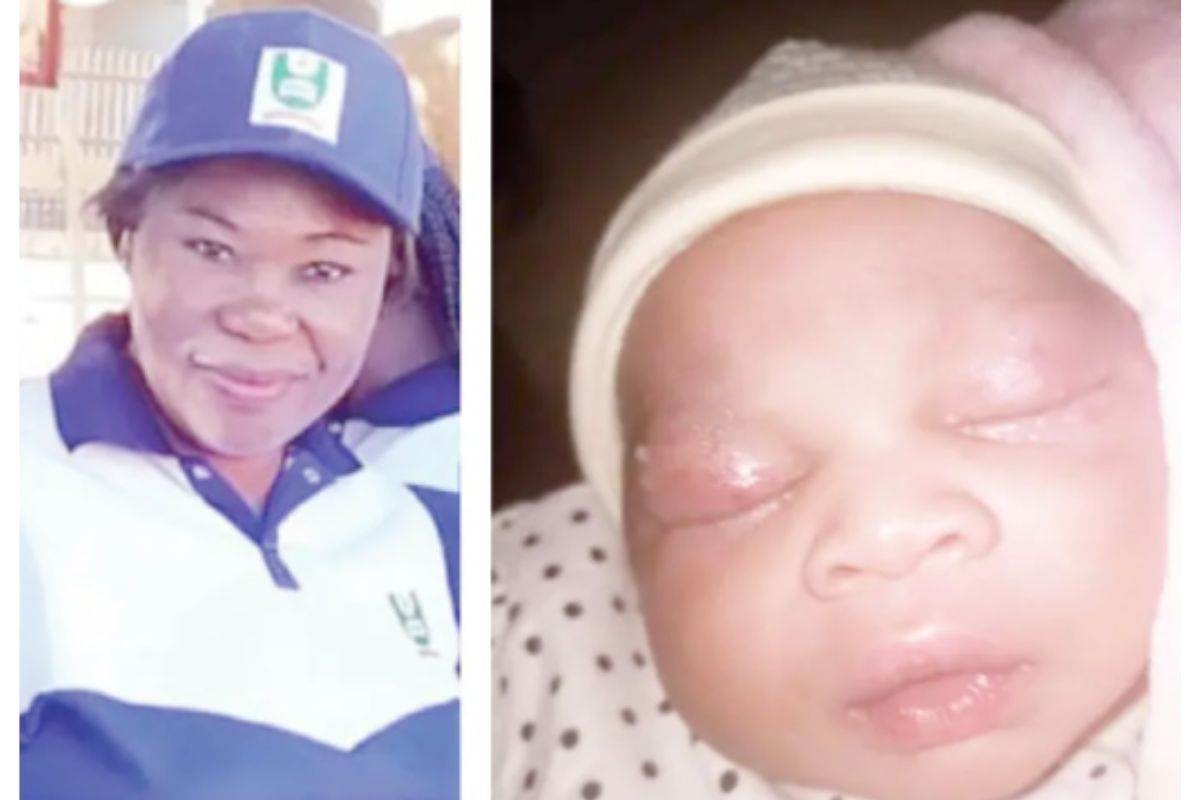 Police have arrested Folasade Adesina, nursing staff at the Usmanu Danfodiyo University Teaching Hospital in Sokoto state she was charged for piercing the eyes of a newborn baby born in the hospital where she works.

Asma’u Ahmad Tijjani who happens to be the mother of the child told DailyTrust that Adesina inflicted the injuries on her newborn baby over a carryover allegation.

She added that the accused nursing staff pierced the eye of her baby with a needle a few minutes after she was born as a retributive justice to a carryover she got at the Sokoto Study Centre of the National Open University of Nigeria (NOUN), where Tijjani worked as non-academic staff.

In a narration, she recounted how the nurse met her a week to her due date her office and had a private discussion with her about the details of her pregnancy.

“Immediately we came out from my office, she started asking some questions. She wanted to know when I would go to the hospital and my expected date of delivery, as well as my names in full.

This really surprised me because that was the first time I was having one-on-one discussion with her, so I refused to reveal all these information to her.

She then told me that she was in possession of my medical record and knew everything about me and only wanted to help.

When my pregnancy was due for delivery and I was taken to the labour room, precisely on the 15th of June, the same woman came and stood by my bed, speaking Yoruba language to the nurse that was attending to me. This made me very uncomfortable because I did not know her mission. So I complained to my nurse, who pleaded with her to leave the place.

Immediately after my delivery, my nurse started preaching to me to always try to be kind to the people I deal with, especially in my workplace. She said the nurse I complained about told her that I gave her a carryover.

I was shocked to hear this because I am not a teaching staff of the university and have no business with students’ scripts. So how could I give her a carryover?

When my husband came, the same woman came and collected my baby, saying she was taking her to him. I asked one of the doctors present at the time to follow her, but she declined.

After some minutes, she brought the baby back, and when I received her, I noticed some blood coming out from her eyes, so I started crying and shouting; and before you knew it, the labour room was filled with hospital staff.

When they realised what happened, they all rushed out to look for that nurse, but she was nowhere to be found and her phone was switched off.

The baby was taken to the eye section of the hospital for examination, where it was confirmed that both her eyes were pricked, but the object did not penetrate the two lenses.

The nurse, however, came the following morning with a basket of cooked food, which I rejected, on the ground of what she did to my baby.

My relatives who were with me at the time started beating her before she was rescued by her colleagues.”she said

The hospital’s management in a statement announced that a complaint has been received and that investigation into the matter hasbegun. The statement was issued by the Chief Information Officer of the hospital, Mansur Wadata.

“The hospital received a complaint letter from the mother of a newborn baby girl delivered at the hospital, alleging that a nursing officer caused injury to the eyes of her baby.

The hospital management is investigating the case, with a view to authenticating the claim.

We are assuring the general public that appropriate disciplinary action will be taken against whoever is found wanting, in accordance with civil service rules and condition of service of the hospital.

The hospital is ever ready to work with relevant authorities to carry out investigation to ensure that those involved are made to face the full wrath of the law.

The general public is hereby reassured that the hospital will not derail from its core values for excellent performance – transparency, professionalism, respect for the rights of its clients, and discipline.

While the hospital frowns at any act of indiscipline by any of its staff, it equally assures the general public of its commitment towards ensuring strict discipline against unethical and unprofessional conducts.

To this end, the management of the hospital calls for calm from its clients (patients) and the general public as it will continue to ensure the safety of patients and their relatives.”