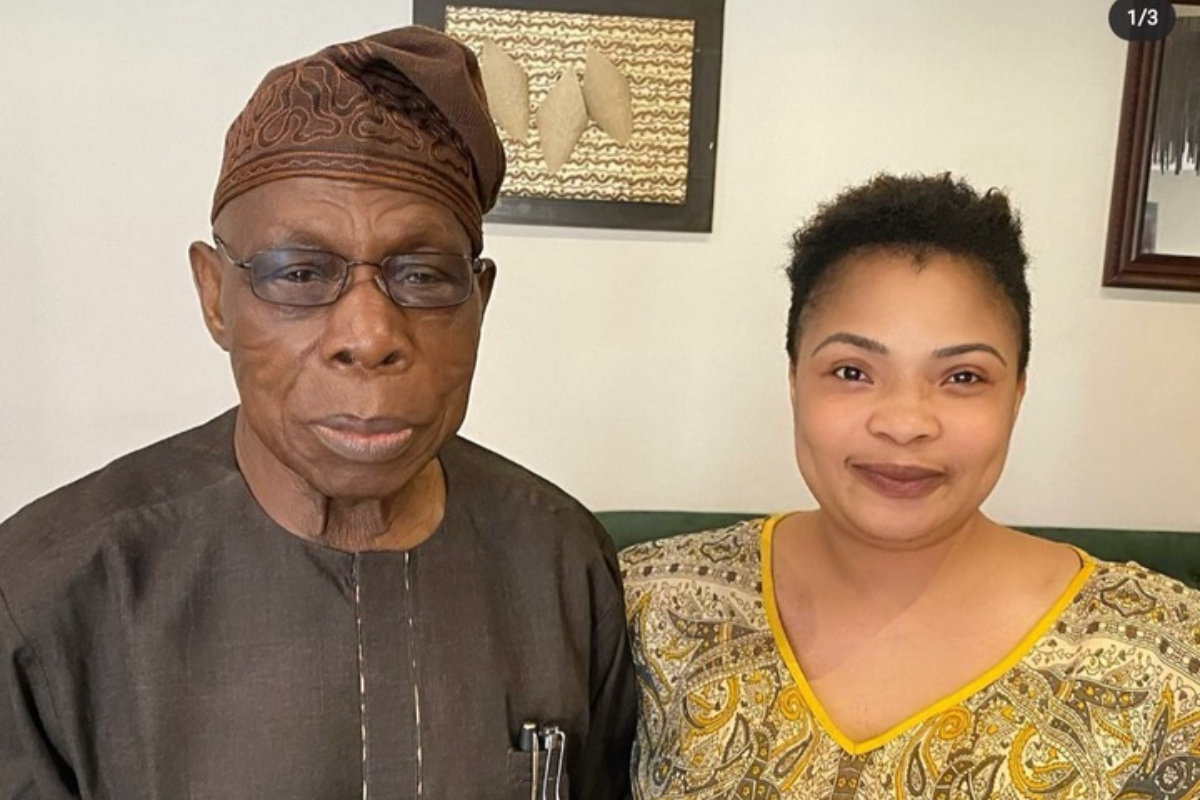 According to her, Olusegun Obasanjo is indeed a good leader who is very humble and easy to get along with. She made it known that she commanded him to take off his Mask and he did so immediately.

She captioned her post as: Leadership is about making others better as a result of your presence and making sure your impact last in your absence, Nigeria ex president Baba OBASANJO Is indeed a leader ???? guys can you belief I commanded him to take off his Mask ? and he did immediately ??? Awwww I learnt a lot from his humility #ASHIWAJI ti o common ? if you doubt me check d last slide ??

gbola_federal: Because you command him to remove his nose mask so he is now a good leader ??

mhiz.modupe.737: All of you just show us pictures help us beg them to change our country for good if you are in position to talk to them then do. no be show off we wan chop

papowaz:E be like say this woman no well oo , you open your mouth call that man a good leader

oluwaseyi_enoch_j: Honestly, you are very very right, the met him also at his house in ogun state I had lunch with him and the way he was playing and talking with me and his grandchildren he took me to see the big picture of late wife the ist lady , he took me back of the house where you stand and you can view ogun state and we went to the church infact I don’t know what to say because of the kind of mind set I have already , since then my respect for him , his a truly a great leader

nasirikoojo: Can we just learn to speak to truth for once he was the master planner of this mess n Nigeria ?? till date ????