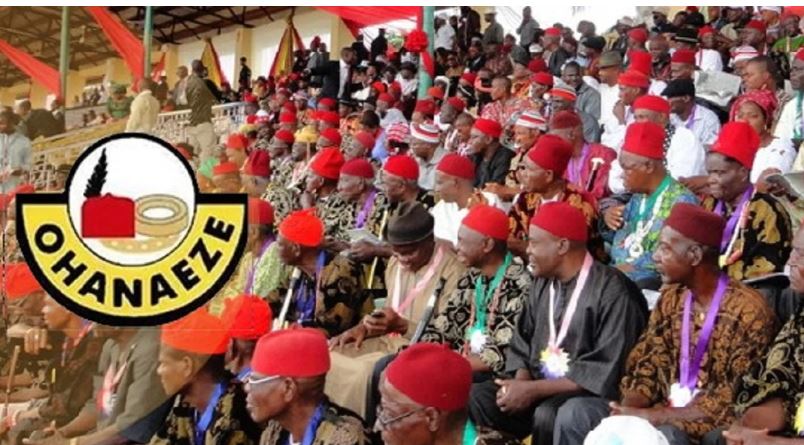 The apex Igbo socio-cultural organisation, Ohanaeze Ndigbo, has refuted claims they sent a team of lawyers to meet with the Attorney-General of the Federation and Minister of Justice, Abubakar Malami.

President-General, Ohanaeze, Prof George Obiozor,  was engaged in an interaction over the telephone with Punch reporters where he denied sending any legal team to Malami.

“I don’t know about that Ohanaeze. Maybe it is another Ohanaeze wherever, but the Ohanaeze worldwide, the one led by me, has not sent any legal team yet to him (Malami). We constituted our team just on Saturday led by the Ohanaeze national legal adviser.”

You could recall that in a statement signed by the special assistant to AGF Malami on media, Umar Jibril Gwandu, he revealed that the President Muhammadu Buhari-led Federal Government respects the rule of law and does not advocate for the breach of law and so he has given the lawyers an opportunity to monitor the proceeedings.

The statement read in part: “Inherent in the position of the Ohanaeze Ndigbo on the matter was the demonstration of their recognition of belonging to Nigeria and succumbing to the rule of law while maintaining their stance that they were not averse to the trial of Nnamdi Kanu.”

“In similar vein the group showed a mature departure from mindset of the proscribed Indigenous People of Biafra when Ohanaeze said they “do not support the use of any form of violence” while channeling concerns and presenting demands.”