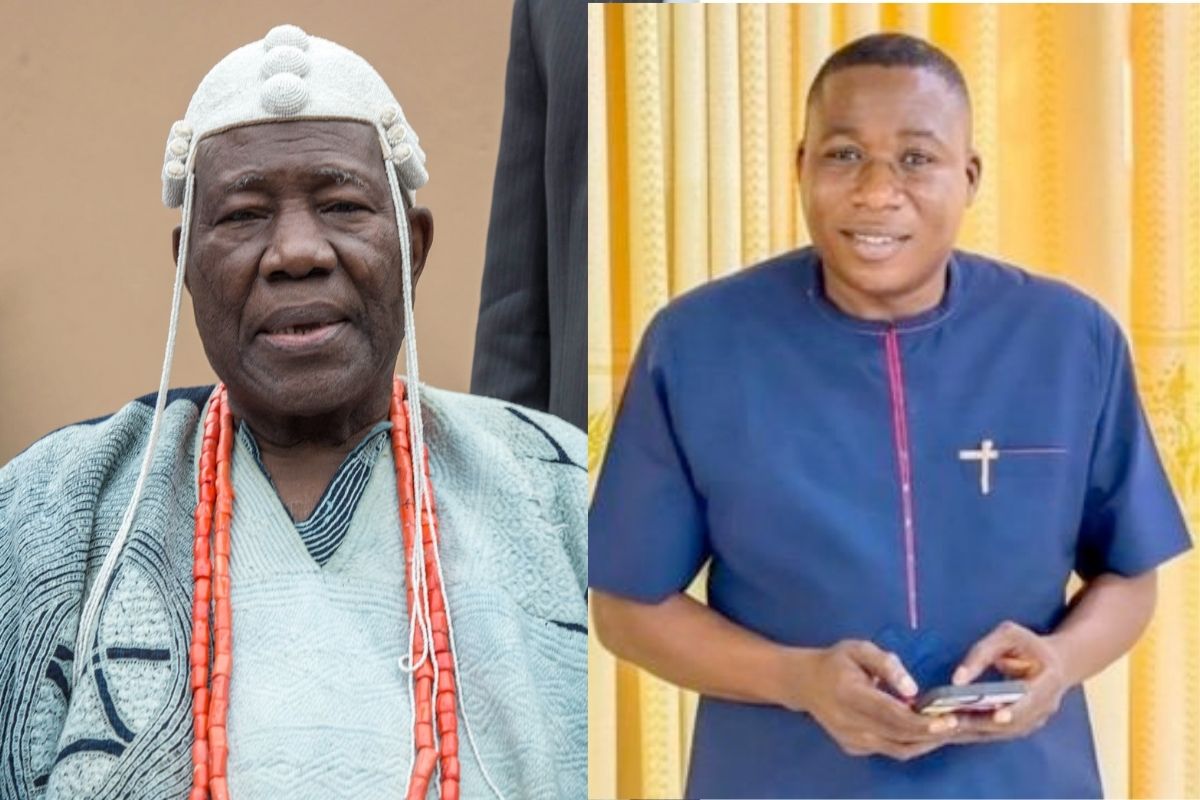 Oba Saliu Adetunji, the Olubadan of Ibadan, has denied receiving N50 million from the Federal Government to assist in the arrest of Yoruba Nation agitator Sunday Igboho.

The monarch stated this at a protest by Yoruba Nation agitators in Ibadan, Oyo State, on Wednesday, July 7.

The audience requested that agitators detained by the Department of State Service, or DSS, be released. They also warned the Federal Government to stop attacking Sunday Igboho, a Yoruba independence fighter.

Reacting, Mr. Adeola Oloko, the media aide of the Olubadan of Ibadan, said:

“The protesters were here. Before they came, we have been hearing through news on social media that Kabiyesi received the sum of N50m for the killing of Igboho, or for his arrest to become possible.

“I want to seize this opportunity to inform the public Kabiyesi didn’t collect a dime from anybody. Sunday Igboho is a Yoruba man, he lives in Ibadan. He is a son of Kabiyesi Olubadan, and we are duty-bound to protect him.

“At 92 going to 93, what does he need much money for? Is it to rear up children, to send children to school, to build houses, to buy vehicles? So tell me what he has not been able to do in life.

“So, the story is not true, and I’m also using this medium to warn those on the social media to be very mindful of what they disseminate, because those stories have a great effect on innocent people.

“Now that the people have come, they have seen for themselves that what was reported was not true, and they came with a lot of requests.

“Kabiesi has said to them that he will present their requests to the appropriate authorities beginning from this moment, and he has said we should summon a meeting of the stakeholders.

“So, that the request could be looked into and addressed so that the necessary action is taken. We do not want a state of anarchy in Ibadanland, we want all our youths to operate within the ambit of the law that is the message of the Kabiesi to them.”