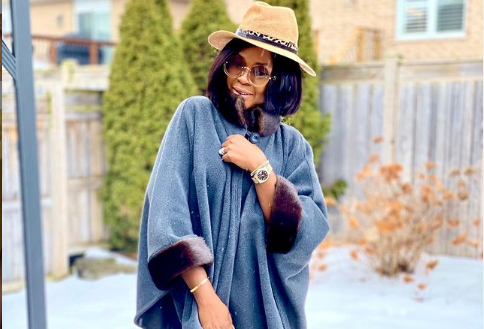 Omoni addressed her female followers in a recent message on her verified Instagram profile, telling them to be bosses.

Further elaborating on her statement, the actress stated that every guy respects women who are involved in something.

ALSO READ: “It’s Been 20years Of Being In Your Faces” – Actress Ini Edo Says, Vows To Continue

She wrote and as a caption,

The post got some great reactions to it in which most women agreed with her and also shared their thoughts about it.

“Please tell them… Stop begging a Man for money or attention… Having a Man is icy on the cake, build a bakery. His Icy becomes a choice not obligatory..Aunty tell them.. stop wasting time and living someone else’s live. Come out of your shell and be WHO YOU WERE CREATED TO BE. ONE LOVE ❤️❤️❤️❤️❤️.”

In other news, Afia Schwar is being slammed after she posted a random photo of a couple and accused the man of marrying a transgender. Photo of the couples recently popped up and fans are dragging the controversial Afia Schwar on social media saying the so-called transgender person is more beautiful than her.