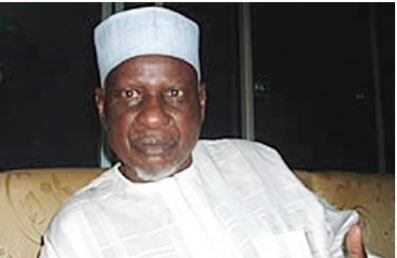 Elderstatesman, Alhaji Tanko Yakassai, has waded into the controversy surroundind the leader of IPOB, Nnamdi Kanu and the federal government.

Alhaji Tanko Yakassai was involved in an interview with Temidayo Akinsuyi where he spoke about the arrest of Nnamdi Kanu. He opined that only the court has the power to decide the fate of Kanu so people should cross their legs and see how the law would deal with him.

In his words: I am not the Attorney-General of the Federation. That issue is left for the Attorney-General to decide but we should realise that you don’t jump bail in any country of the world and expect that nothing will happen to you. When you jump bail, they will arrest you. Bail is very sacrosanct and so, you don’t jump it. If you jump bail, they will look for you for 10, 20, 30 years until they get you. They will distribute your name, pictures, blood group across other countries through their embassies and so on. It is not only Nigerian security agencies that will arrest you. If you are in Germany, the German police can arrest you if your name was sent to them that you jumped bail in your country and you fled to Germany. The same applies to other countries the person who jumped bail may flee to.

There is what they call INTERPOL, Internal Police Organisation. They liaise with one another all over the world. If they are looking for somebody, all they need to do is to inform the headquarters of Interpol with all the person’s particulars such as pictures, birth certificates and so on. They will then distribute it to all the embassies. The embassies will send to INTERPOL which has offices in all countries and their staff. When they get this information, they will begin to investigate. Once you put up in a hotel, you have to register your details with the hotel. The information you fill will then be sent to those who are already looking for you. So, it is not just about Nigeria, it is for all the nations in the world. INTERPOL is just like United Nation , they are a creation of the United Nation. So, when a nation is going to be a member of the United Nation, such a nation will sign an agreement that it will abide by their rules and regulations.