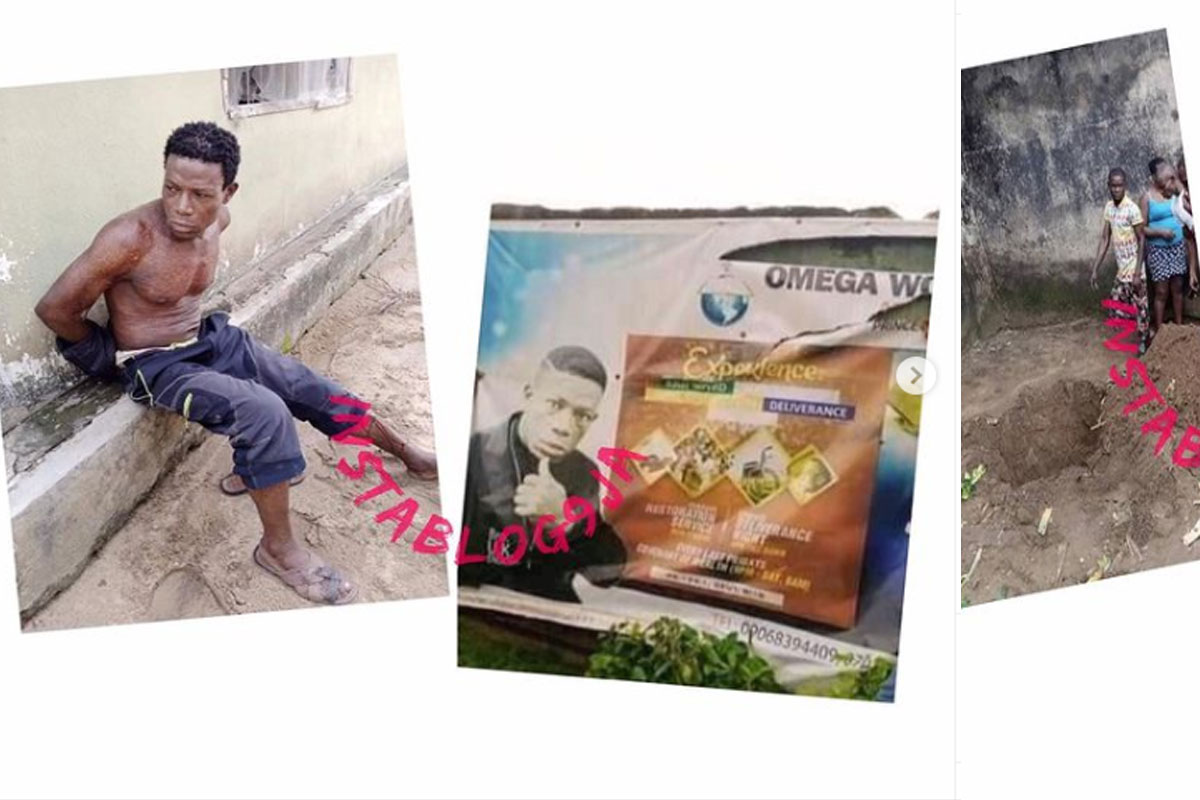 A Nigerian preacher, Pastor Enoch has reportedly been arrested for allegedly killing his wife and burying her in a shallow grave.

Newzandar News gathered that Pastor Enoch who is the General Overseer of the Omega World Global Ministries in Ikot Abasi, Akwa Ibom State was arrested after the youths of the community led by the OYC president, Comrade Effiong Johnson suspected foul play.

It was revealed that the deceased had been missing for over two weeks so the youths swung into action and forced the pastor to confess and reveal the whereabout of his wife.

He led the youth to place where he buried the body of his wife after confessing that he killed her and the body which had decomposed was exhumed.