The suspects were arrested after trying to rob a motorist along the Ojota axis of the state.

The incident reportedly occurred on Monday, when Sanwo-Olu was passing through the Ojota highway.

The suspects were said to be attempting to dispossess a motorist of his vehicle, when the convoy of the governor arrived the scene. 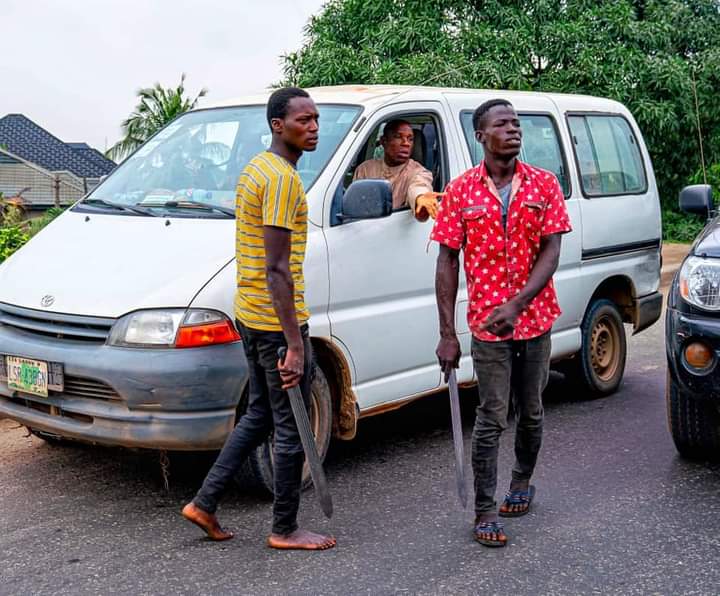 A statement issued by the state government read; “The war against criminality in Lagos State has gone a notch higher as the State Governor, Mr. Babajide Sanwo-Olu, personally arrested a gang of suspected criminals, which specialises in harassing motorists and road users in traffic”.

“The gang of suspected criminals met their waterloo Monday morning while attempting to unleash terror on a motorist around Ojota in-bound Alausa. Help however came for the motorist as Governor Sanwo-Olu’s convoy approached the scene to rescue him from the three machete-wielding criminals who were at the time, trying to forcefully drag him out of his vehicle.

“The security personnel attached to the Governor swooped on the suspects, retrieved the dangerous weapons from them and arrested the three of them.”

In photos of the incident released by the state, Sanwo-Olu is seen addressing the robbers, before they are taken away by security operatives. 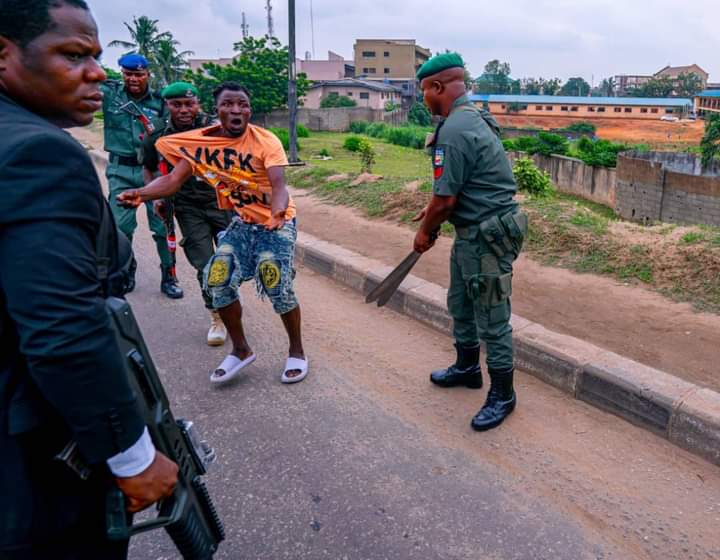 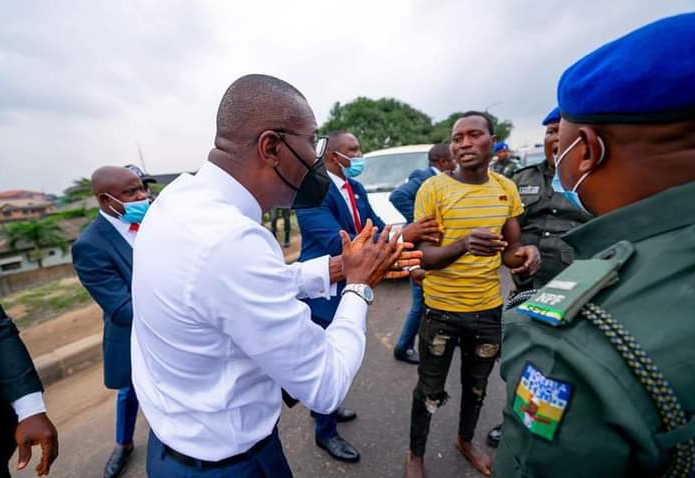