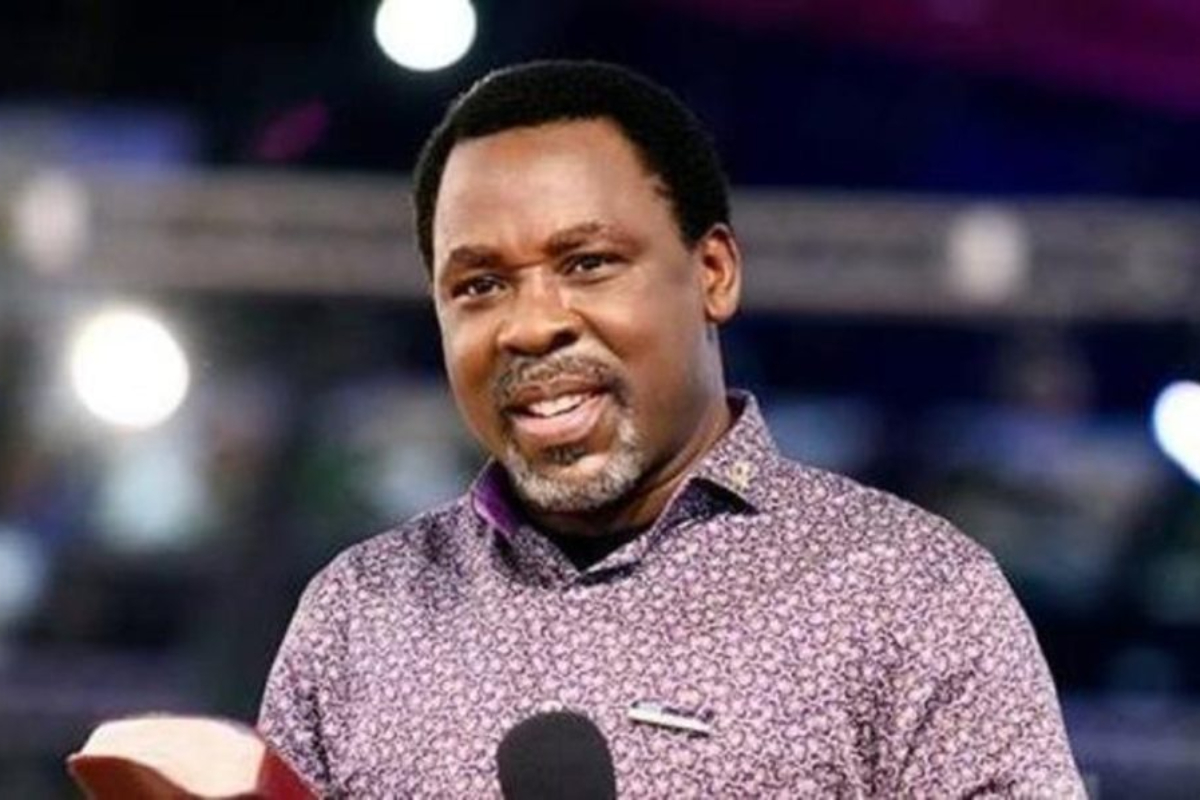 The body of the late Renowned Preacher, Prophet Temitope Balogun Joshua, popularly known as T.B Joshua has arrived at the Synagogue Church of All Nations.

Also in Newzandar News: This Is Pure Arrogance!-Netizen Blasts Yaw Tog For Claiming He Made Stormzy More Popular In Ghana

Recall, the death of the prophet was made public on JUNE 5TH, 2O21 after it was revealed that he passed on shortly after completing a sermon that evening.

The man of God was said to have dies from an undisclosed cause but it was believed that he knew about his death before it happened.

This comes after the preacher revealed in his last video that he will not be celebrating his 58th birthday that was scheduled for June 12 because of the troubkes people are going through around the world.

In a recent development, the corpse of the man of God arrived at the Synagogue Church of All Nations.

In the photos available to ghgossip.com, the family, friends and members of his church were seen paying their last respect to the late T. B Joshua.

See the photos below:

In other news published on ghgosip.com, promising and talented singers in Ghana, Jackeline Acheampong, also known as Gyakie has revealed that it has never been easy for her for combining her music career with her education.

Gyakie who is a student of the Kwame Nkrumah University of Science of Technology said that she is doing this for herself as well as anyone who looks up to her.