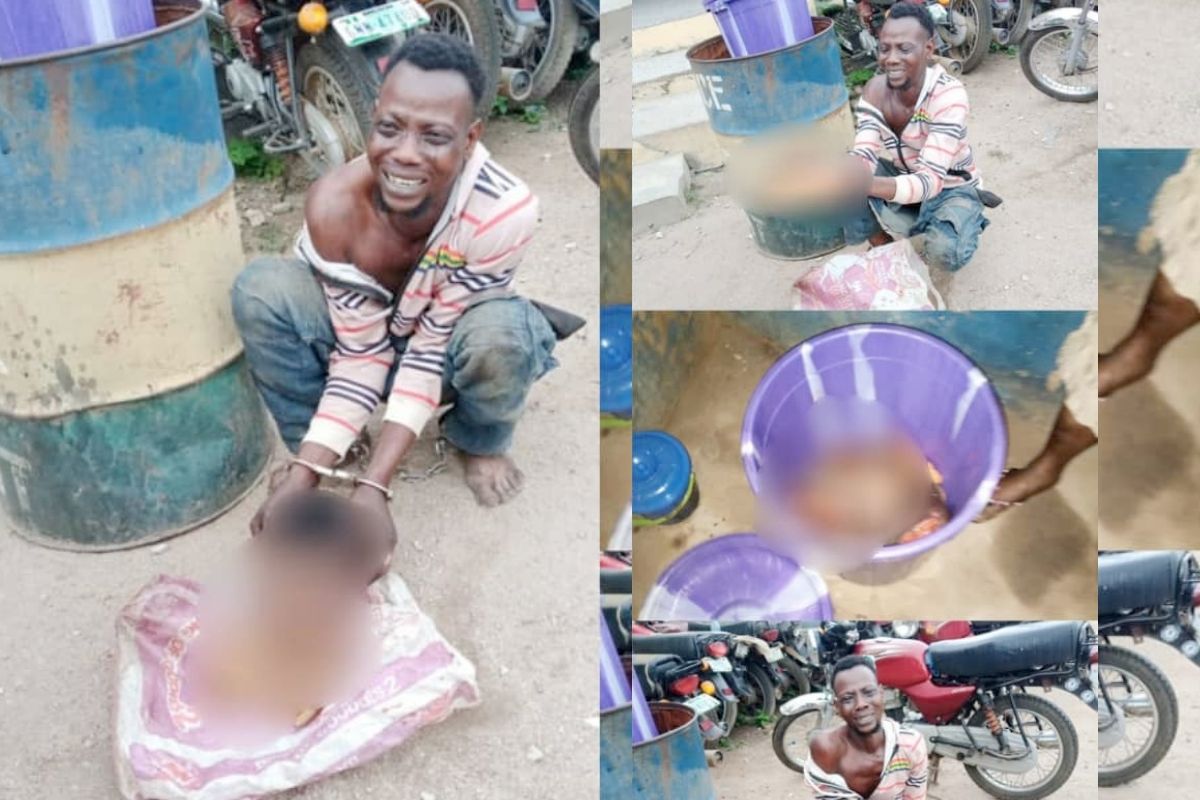 According to the Osun State Police Command, two additional people have been arrested in connection with the brutal murder and dismemberment of a young lady, Toyin Adewale, at the Agunla crossroads on Thursday, June 10.

Last Monday, the police paraded Kabiru Oyeduntan, pictured above, who had been arrested with her body. Oyeduntan claimed that his companion, Akin, brought the victim to his residence for sex but afterward murdered her and fled the scene. Akin was later apprehended in Ibadan.

On Monday, June 14, the state Commissioner of Police, Wole Olokode, stated that two more people had been arrested in connection with the event.

“Two other suspected ritualists have been arrested in connection with the murder. They are Ramoni Rilwan, 27, and Najeem Ayeloja, 30, both from Apomu.

The identity of the victim is now known through her father. One Ayinla Adewale, said to be father of the deceased, identified her as Toyin Adewale, 18. We are assuring members of the public that the remaining ritualists will be arrested.”

Meanwhile, A VIO official identified as Mr Udunobun Otaigbe is battling for his life after he was hit by a truck.

The official of the Directorate of Road Traffic Services (DRTS), otherwise known as VI was hit by a truck with a Guinness label which was being driven by one Wilson Aniete at Karu bridge.

the VIO official, who suffered a broken bone in his left leg as well as bruises on his face and hands, was rushed to Asokoro District Hospital in Abuja and admitted to the intensive care unit.