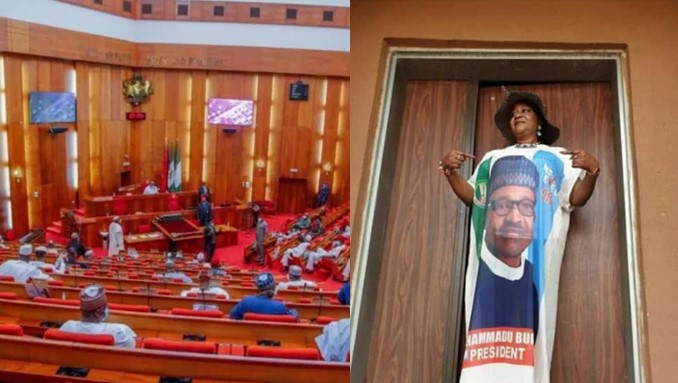 The Nigerian Senate has rejected the confirmation of Lauretta Onochie as a National Commissioner of the Independent National Electoral Commission, INEC.

Chairman of the Senate Committee on INEC, Kabiru Gaya, announced the rejection of Onochie on Tuesday during plenary following the opposition of Nigerians to her nomination.

In its report, the committee said Onochie did not satisfy the provisions of the Federal Character Principles.

Also, the Senate stepped down nomination of Prof. Sani Adamu as an INEC Commissioner.

Onochie is President Muhammadu Buhari’s social media aide and a card carrying member of the ruling All Progressives Congress, APC, although during her screening, she claimed to have stopped being a member in 2019.

There had been several objections to Onochie’s nomination and subsequent screening by the National Assembly as civil society organisations and the leading opposition party, PDP said it contravenes the INEC act which stipulates that no party affiliate or partisan member should be made an INEC commissioner or staff.