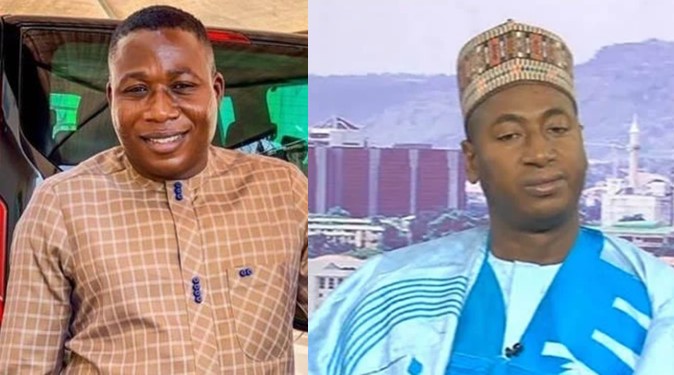 The DSS on July 1, 2021, had raided Igboho’s Soka residence in Ibadan, Oyo State, and declared him wanted on allegations of stockpiling arms to destabilise the country, which he has since denied.

The whereabouts of the Yoruba nation agitator have since been unknown.

Speaking on Monday, MACBAN spokesman, Saleh Alhassan, said the DSS should have raided Igboho’s house earlier than it did, The Punch reports.

Alhassan, however, advised Igboho to turn himself in to security operatives because he would be forcefully apprehended.

He said; “It is in his (Igboho) own best interest if he submits himself peacefully so that he can face justice. Why is he running? Is he not a revolutionary? He should submit himself before they get him because as it is now, he has been declared wanted, he should present himself to the nearest police station.”

He added; “All his (Igboho’s) actions are political; he is being used. His godfathers in the South-West should bring him out.

“The (Nigerian) State has declared him wanted. He is not more than the state. The governors keeping him should produce him.

“He declared a republic; that was a rebellion. How can you be threatening the sovereignty of the (Nigerian) State and you still have the guts to be walking around and be organising rallies?”

However, Ondo State Commissioner for Information and Orientation, Donald Ojogo, said it is belittling for the governors to respond to the allegation by Miyetti Allah.

When contacted for a response, Ojogo said; “It is not necessary, absolutely demeaning for elected governors to engage an association in a media banter.”