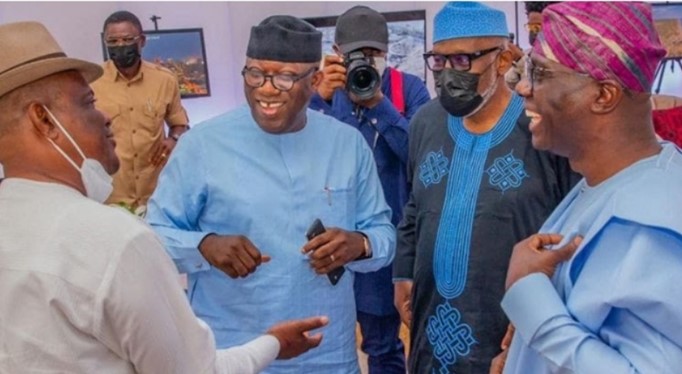 National chairman of the Action Democratic Party (ADP), Sani Yabagi, has the governors of southern region of a gang-up against northerners.

Yabagi criticised the governors for issuing an ultimatum to end open grazing in the southern part of the country amongst other demands.

The southern governors issued a communique on Monday after a meeting to discuss burning national issues.

In the communique, they opposed the three per cent revenue sharing formula prescribed by the Petroleum Industry Bill and insisted on the open grazing ban.

They also insisted on electronic transmission of election results and that the southern region should produce the next president in 2023.

Speaking in reaction on Channels TV on Monday, Yabagi, a presidential candidate in 2019, described the southern governors’ meeting and decisions as a gang-up against the North and President Muhammadu Buhari’s regime.

He said; “I think the coming together of the governors of southern extraction is the very wrong way to go about the issues of politics that affect the nation. Because the message here, unfortunately, is like ganging up against the rest of Nigeria, particularly the North, by state actors who should be people that protect and advance the unity of this country.”

He further said all the demands contained in the governors’ communiqué were divisive and unhealthy for the country’s unity.

“All the things listed in that communique from their meeting seems to be a kind of ganging up against the North.

“When you look at the grazing issue, insecurity, the issue of politics of 2023, how can we have elected officials, governors for that matter, coming in this manner to emphasise things that divide us? Not talking about things that unite the country beats my imagination,” he said.